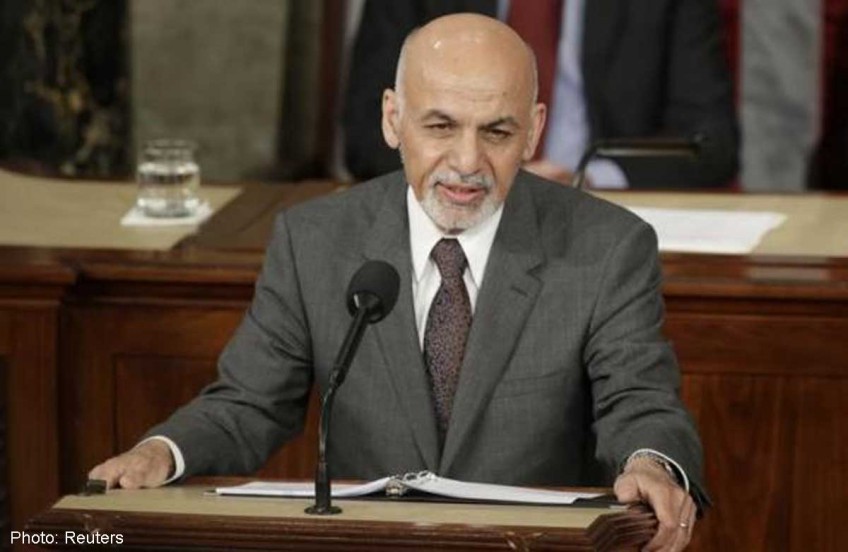 WASHINGTON - Afghan President Ashraf Ghani said on Wednesday that some members of the Taliban had legitimate grievances given the torture and ill treatment they had suffered and it was necessary to find a way to apologise and heal national wounds.

Speaking during a visit to Washington, Ghani said South Africa and Rwanda, which set up truth and reconciliation commissions to come clean about past abuses but not necessarily to punish them, had been most effective in "devising collective forms of therapy" for traumatized nations.

Officials in Pakistan and Afghanistan said last month that the Afghan Taliban had signalled they were willing to open peace talks with Kabul.

Ghani said peace with the insurgents was "essential" and that some Taliban members had legitimate grievances.

"How do you tell these people that you are sorry?"

Speaking at the US Institute of Peace think tank, Ghani praised a report by a US Senate committee chaired by Senator Dianne Feinstein that said the CIA acted more brutally and pervasively than it acknowledged in its torture of detainees after the Sept. 11 attacks, including in Afghanistan.

Ghani pointed to local Afghan systems of justice based around the tribal jirga, or council, and contrasted these with "Western justice" which responded to killing with killing.

"Part of the jirga is what is called putting a stone on conflict; you bring about amnesia, for 20 years, 30 years or others, so society can function," he said. "Peace means forgiving blood," Ghani said, adding that Europe after World War Two was an example of "historical amnesia."

Ghani said he would not tolerate abuse of innocent people and vowed that he would "fire anybody" who engaged in this, but he said the past was "a much more complex tapestry."

"We cannot sacrifice the future for the sake of the past. we must bring about a balance. If we go just looking at the past, we will be destroying the future."

Ghani, who became president last year, has been feted in a five-day US trip seeking to repair ties frayed under his predecessor, Hamid Karzai.

In a speech to Congress on Wednesday he called national reconciliation a "pillar" of his government. He said Taliban members could find their way back into Afghan society, if they agreed to respect the constitution.