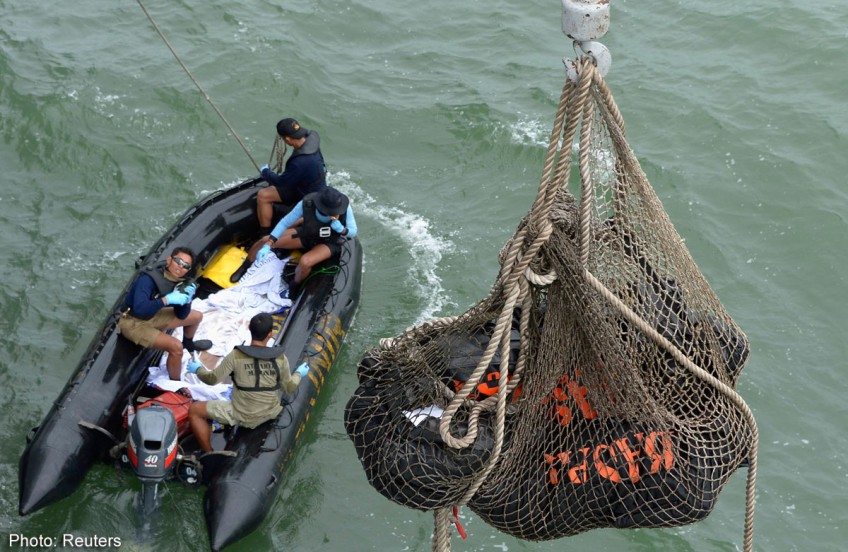 JAKARTA - Indonesia search and rescue teams hunting for the wreck of an AirAsia passenger jet have located a fifth large object on the seabed, agency chief Fransiskus Bambang Soelistyo told reporters on Sunday.

The Indonesia AirAsia Airbus AIR.PA A320-200 plunged into the Java Sea one week ago while en route from Indonesia's second-biggest city Surabaya to Singapore with 162 people on board. No survivors have been found.

Bad weather was again hindering the search teams with diving suspended, said Soelistyo, adding that 31 bodies of the mostly Indonesian passengers and crew now having been recovered.