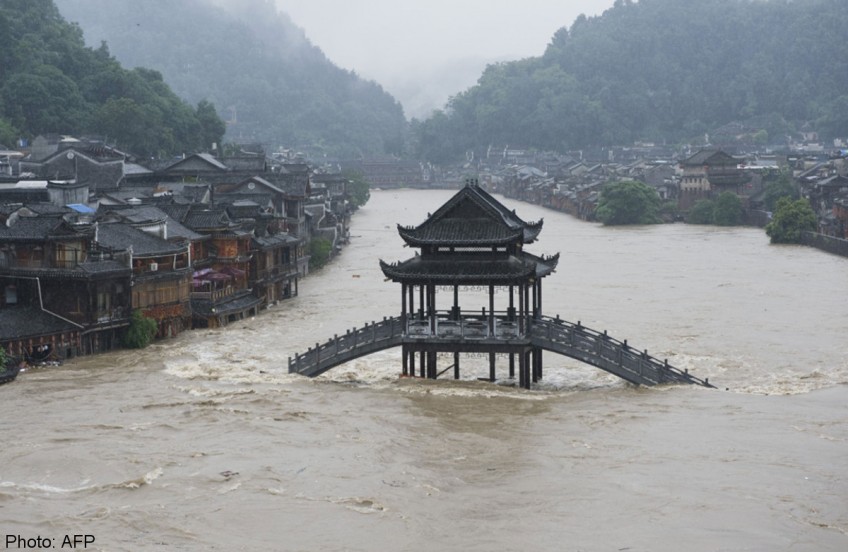 BEIJING - One of China's renowned ancient towns was under water on Wednesday as heavy rain hit the centre of the country, with tens of thousands of people evacuated from the area.

The old town district of Fenghuang nestles on the banks of a winding river in a picturesque, mountainous part of Hunan province and boasts stunning Qing and Ming dynasty architecture dating back hundreds of years. It can attract 30,000 visitors a day and has applied for world heritage status recognition from UNESCO.

Pictures showed the town inundated, with the central span of a bridge poking up through the waters. Reports said electricity had been cut off and 50,000 tourists and locals had been evacuated from Fenghuang and the surrounding county.

"Torrential downpours have led to Fenghuang old town becoming a water town," said a posting on a discussion page on the topic set up on Sina Weibo, China's version of Twitter.