Another mysterious figure spotted, this time in a carpark 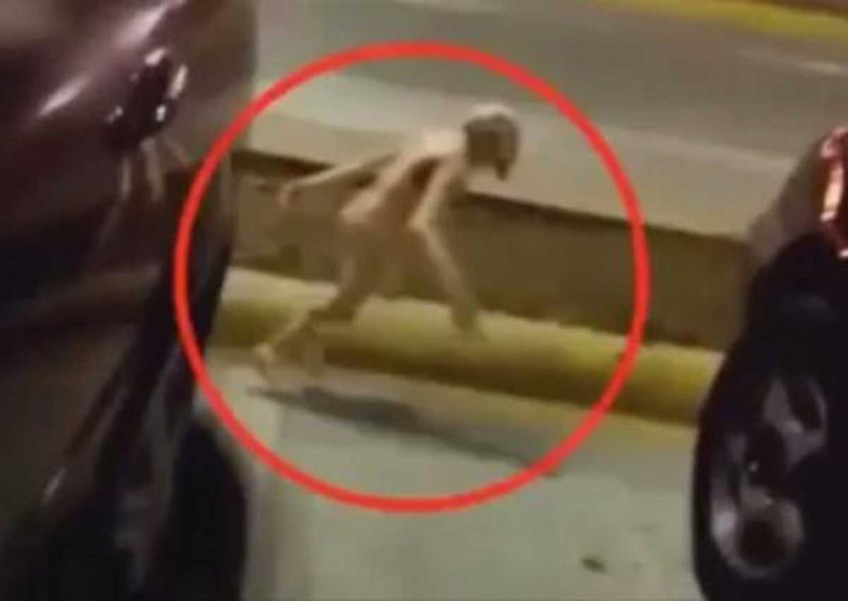 The creepy child-like figure that was spotted inside an Indonesian forest is back. This time, it was caught scurrying around a carpark at an unnamed location.

In the video, posted on the Wujud (Paranormal Team) Facebook page, the mysterious figure can be seen crawling under a white car and running for cover between cars.

The figure, which bears a similar resemblance to Gollum from Lord of the Rings, appears to be bald and naked.

The video has been viewed more than 14,000 times since it was posted on Saturday (Mar 25).

The humanoid figure first appeared in a video uploaded by YouTube account Fredography one week ago (Mar 22). The video went viral and has since garnered more than 4 million views as of this afternoon (Mar 29).

In the video, a group of motor trail enthusiasts were riding inside a local forest in Indonesia's western-most province when the lead rider suddenly fell off his bike due to a figure on the trail ahead.

Some riders chased the figure, but it ran into the shrubs and disappeared.

According to The Jakarta Post, many people left comments on the video, sharing their theories about the mysterious figure.

Some suspected the figure to be a member of the Mante tribe, an Aceh urban legend about the origins of modern-day Aceh people. However, the existence of the tribe has yet to be proven.