Policemen stand guard outside a facility run by Wistron Corp, a Taiwanese contract manufacturer for Apple, in Narsapura near the southern city of Bengaluru, India, on December 14, 2020.

Serious violations of labour laws were taking place at the iPhone manufacturing facility in India where a workers’ protest on Saturday turned violent and caused US$7 million (S$9 million) worth of damage, a report by the Karnataka state government has found.

Exploitative practices such as underpayment of wages, irregular hours and poor working conditions were common at the Wistron Corporation assembling and manufacturing unit in the southern Indian state of Karnataka, as detailed by its Department of Factories, Boilers, Industrial Safety and Health.

This Week in Asia has seen a copy of the report, an internal document detailing preliminary investigations into the incident from the department, which is tasked with enforcing labour-related legislation to ensure workers’ safety.

About 150 workers were arrested on charges including unlawful assembly and rioting after thousands demonstrated against salary delays and ill treatment at the Wistron factory, which is 60km from India’s tech capital of Bangalore. Police are looking to investigate a further 5,000 people.

According to the report, the Taiwanese firm’s human resources department had poor knowledge of labour regulations and did not have enough personnel to manage the factory’s 10,500 workers, about 8,500 of whom were contractors and not full-time employees.

Wistron, one of Apple ’s top global suppliers, should have been more “proactive” in exercising sound labour practices, a senior official with Karnataka’s labour department said.

“It is fairly a new establishment which became operational only in September and because of that, the system may not be fully in place,” said the source. “But neither the management nor the workmen have ever approached the labour department before this issue … they could have taken guidance [before the crisis].”

In a letter to the Karnataka government, Wistron managing director Sudipto Gupta said it was supporting police investigations and working with the state authorities to prevent a reoccurrence of the incident, as well as looking to protect workers’ interests.

The company, which plans to expand to other parts of India, had been using the factory to produce iPhone SE and iPhone 7 models.

It is located in Narsapura, an arid and poverty-stricken region of the state, where there are few jobs. For many in the area, the Wistron plant is a vital source of income, and is referred to simply as the “iPhone company”.

There have also been allegations of middlemen exploiting the contract workers and skimming their wages, with police looking into the role of six contractors who acted as go-betweens for Wistron. They reportedly lured workers by promising them an additional allowance if they forewent breaks.

Workers at the facility refused to speak to the media, fearing repercussions, while Apple has initiated a separate investigation into the episode.

Activists allege that the Karnataka government overlooks exploitative labour practices to boost job creation and attract foreign investment, and workers unions’ are pushing the state to throw the book at Wistron.

The All India Central Council of Trade Unions (AICCTU) said a lot of young workers had taken jobs at the plant due to crippling financial crises, even though the workplace conditions were “horrific”.

Read Also
Apple is gearing up to manufacture iPhones in India 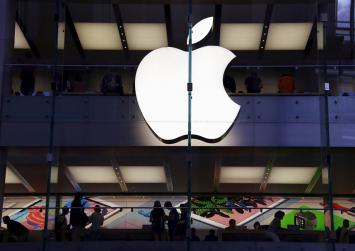 The workers could not raise their voice against either the company or the contractors who employed them for fear of losing their jobs, said the AICCTU, which submitted an independent report to the government.

“To employ women in night shifts, you need permission which the company did not acquire. And requisite facilities like transport were also not provided for them,” said Maitreyi Krishnan, state committee member of AICCTU Karnataka.

Speaking to reporters about Wistron and Apple on Thursday, Karnataka’s chief minister B.S. Yediyurappa said “protecting the interests of foreign investors is very important for us”.

Officials from the state – which has been asked by the federal government to resolve the crisis quickly, over fears it could unnerve international investors – are keen to reopen the facility at the earliest possible date, but insist it will be done in accordance with the law.