Architects say this 3D-printed house in China can withstand earthquakes 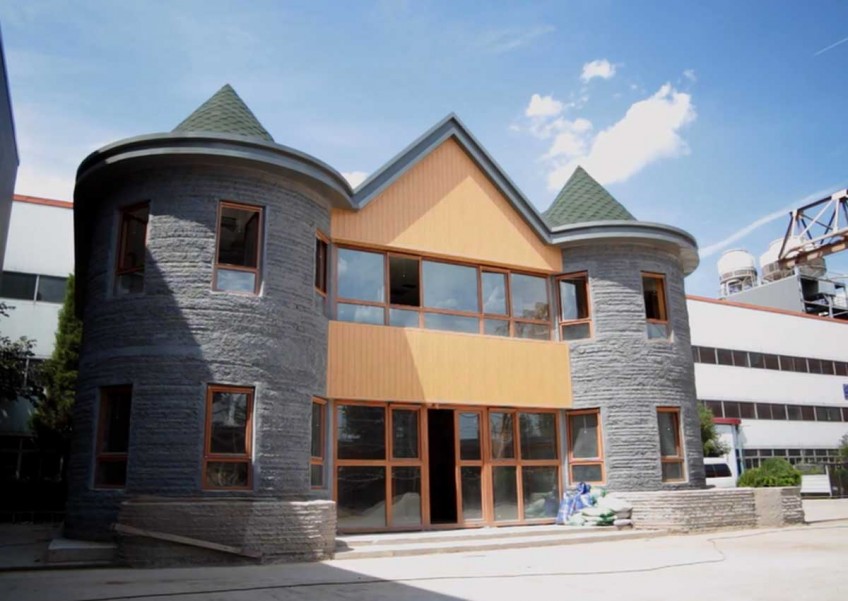 A Chinese company has just created a two-storey villa using 3-D printers, and if you're thinking that it is some flimsy dollhouse made of plastic, you might want to think again.

The mansion was made by Beijing-based firm Huashang Tengda in just 45 days. Not only is it made from concrete, its architects say it is durable enough to withstand an earthquake measuring 8.0-magnitude.

Now that's a claim you'll have to see to believe.

What's also impressive about this 4,305 sq ft house is that it might be the first to be 3-D printed at one go, rather than printing different pieces and then assembling together to form a house.

According to Inhabitat, the company first erected the house's frame, including the plumbing pipes. Then, two huge 3-D printers were used to construct the house.

About 20 tonnes of strong but inexpensive concrete were used and the walls are about eight feet thick. Once the house was constructed, the workers painted and decorated it.

"Because of its speed, low cost, simple and environmentally friendly raw materials, it can generally improve the quality of people's lives," said a spokesman.

Chinese building firms seem to be on a 3-D printing spree.

Another Chinese company, ZhuoDa, also printed a two-storey villa in less than three hours in Xian, China. The house was assembled like Lego bricks before a live audience and is said to be fire and earthquake-proof.