Municipality workers wearing personal protective equipment (PPE) carry the coffin of a coronavirus victim at a burial area provided by the government for the victims of the coronavirus disease (Covid-19), at the Srengseng Sawah cemetery complex, in Jakarta, Indonesia, on Jan 25, 2021.

While the Indonesian islands of Java and Bali – home to almost 60 per cent of the population – are set for an 18-day lockdown to curb a surge in Covid-19 cases linked to the Delta variant, epidemiologists have warned that the restrictions may not be strict enough to put a dent in the numbers.

Experts point out that the emergency public activity restrictions, or “PPKM Darurat”, that come into effect from July 3-20 do not cover the entire nation, and the government is still allowing all employees in critical sectors and those based in less affected regions to work from offices. Indonesia has reported around 20,000 new cases per day since June 24.

“In the worst-case scenario, with no proper lockdown, I predict up to 500,000 daily coronavirus cases between July and August, and around 2,000 daily deaths,” said epidemiologist Dicky Budiman from Australia’s Griffith University.

This is not the first time Indonesia has implemented strict social-distancing rules – similar measures were put in place from March to June last year before the country took a “new normal” approach to the pandemic in a bid to give the economy a shot in the arm.

“The Covid-19 pandemic in the past few days has been growing very rapidly due to the new variants, which have also become a serious problem in many countries. We need to take firmer steps to stem the spread of the disease,” President Joko Widodo said on Thursday.

Widodo has tasked his top lieutenant, maritime affairs and investment minister Luhut Pandjaitan, with implementing the new restrictions, which are aimed at reducing daily Covid-19 cases to 10,000 or fewer, down from the daily average of 21,000 cases. Indonesia on Thursday reported 24,836 new cases and 504 virus deaths, both representing record highs.

Under the new rules in Java and Bali, which are home to around 156 million people, shopping centres will be closed; schools will be fully online; all workers in non-essential sectors must work from home; supermarkets, traditional markets, and mini markets can only operate until 8pm; cultural spaces, parks, sports venues, and houses of worship will be closed; and dining in at restaurants will be banned.

“To be honest, we did not predict that there would be a surge by June,” Luhut said in a news briefing on Thursday. “There are many things about Covid-19 that we did not know.”

The government will continue providing social aid to marginalised communities while the restrictions are in effect, he added.

Luhut also said it was “impossible” to reopen the resort island of Bali to foreign tourists in the near future, given the surge in Delta-variant cases.

“We don’t think about that now, we are currently thinking about how to vaccinate as many people as possible and to [increase] the implementation of health protocols [among the public],” he said. 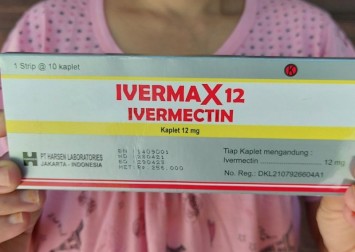 While the government hopes the emergency restrictions will lower cases, they are set to affect the livelihoods of the country’s 78 million informal workers – including the likes of Tatik Purwanti, who sells traditional batik clothing in a shopping centre in central Jakarta.

“I don’t agree [with the rules]. If shopping centres are closed, it would make it hard for poor people like me to get an income,” the 30-year-old told This Week in Asia .

At the beginning of the pandemic, Tatik received aid in the form of staple foods from the government, but she said this had stopped after three months. “I’m hoping I can get another social aid package this time,” she said.

Like many people in Indonesia, Tatik said she was worried about her health during the second wave, particularly because she had not been vaccinated. “There was a vaccination programme here [in the shopping centre], but the queue was long and I couldn’t leave my shop for a long time. What if there was a buyer but I wasn’t around?”

The current wave of Covid-19 has been especially hard for marginalised communities such as people with disabilities, the LGBT community, smallholder, poor women in cities, and the homeless, according to Ade Soekadis, country director for Indonesia at the humanitarian group Mercy Corps.

“These communities are often disconnected from the internet and information sources, even in accessing basic information such as the importance of social distancing and mask wearing, and are at high risk of contracting the virus,” she said in a statement.

“Having seen how dire the situation has gotten in just a matter of days and weeks, we’re deeply worried that despite our support the Delta variant is going to devastate entire families and communities in Indonesia … Worryingly, as we’ve seen in India and Nepal, we know it’s only going to get worse.” 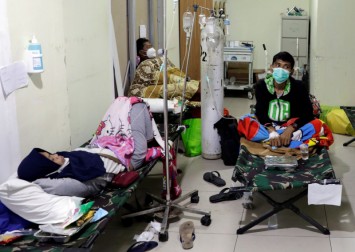 The recent surge in cases has also pushed the country’s health care system close to breaking point, with the national bed occupation rate reaching 76 per cent. Local authorities have reported higher hospitalisation rates, with Jakarta this week surpassing 90 per cent.

“Every day we are seeing this Delta variant driving Indonesia closer to the edge of a Covid-19 catastrophe,” said Jan Gelfand, head of the Indonesian delegation of the International Federation of Red Cross and Red Crescent Societies, as reported by Reuters.

Jakarta governor Anies Baswedan on Tuesday warned that a lack of stricter coronavirus curbs would see the city’s active cases rise to 100,000 between July 8-13.

In the city of Surabaya in East Java, it took up to 20 hours for people who died from Covid-19 to be buried due to the increase in deaths, according to mayor Eri Cahyadi.

Some overwhelmed volunteer groups were forced to close their services on Thursday, including one that helps Covid-19 patients search for empty beds at hospitals.

Hospitals in Jakarta and other regions are reportedly running low on oxygen tubes, with people snapping them up online or from pharmacies. E-commerce site Tokopedia told a local news portal that transactions for the tubes had risen almost fivefold in the past month. 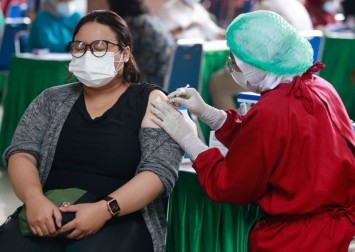 Maritime affairs and investment minister Luhut on Thursday said the government had instructed all the oxygen producers in the country to allocate 90 per cent of their output for medical purposes to ensure adequate supply.

Jakarta has also reported one case of the Kappa variant, which like the Delta strain was first identified in India, and is much more transmissible. Epidemiologist Dicky Budiman said it would take just 10 seconds for someone to contract Covid-19 if someone infected with the Kappa variant walked past them.

“There are no significant differences in symptoms between the Kappa and Delta variants. But it is clear that the Kappa variant is highly transmissible, so it will increase the burden on Indonesian health facilities,” Dicky said.

“We need to respond to these new variants with a strict lockdown for the next two weeks; increase the number of tests, tracking, and tracings; and increase the vaccination rate.”