'Are we really ready?' The risks and rewards as Asia wakes up to travel

Empty chairs are seen on a beach which is usually full of tourists, amid fear of coronavirus in Phuket, Thailand in March 2021.

Music thumps, break-dancers flip across the street and flower sellers weave between tipsy tourists. Phuket's party strip - Bangla Road - is in soft launch mode ahead of a tourism season the Thai government has bet the house on as it tries to nurse its economy back to health after the ravages of the coronavirus.

Thailand is among the growing number of Asian economies to have turned their back on efforts to eliminate the virus in favour of learning to live with it, and it is leading by example.

Prime Minister Prayuth Chan-ocha declared this week the country would open from November 1 to arrivals from "low-risk" areas including Britain, Germany, Singapore, China and the United States, without the need for quarantine (though the country's health authority later said it was still "discussing" which countries would be deemed "low-risk").

In fact, Thailand has been ahead of the curve for months; in July, Phuket - Thailand's Andaman Sea island jewel - launched a "sandbox" scheme in which vaccinated tourists could stay in registered hotels without quarantine.

Since then, other Asian economies have followed its lead, attempting to restart their own tourism industries. From October 19, Singapore will let in vaccinated tourists quarantine-free from 10 locations including the US, Britain and France. It will extend the privilege to South Koreans from November 15.

Still, experts say these are just "baby steps" and there is still far to go on the road to recovery. Selena Ling, head of treasury research and strategy at OCBC Bank, described the efforts as a "test" in which a few countries operating on a relatively small scale would indicate whether vaccinated-travel schemes could operate safely on a more widespread basis.

Singapore, for example, limits the number of incoming vaccinated travellers to just 3,000 daily. That compares to the 200,000 travellers daily that used to make their way through Changi Airport in pre-pandemic days.

Even without countries capping arrival numbers, tourists appear in no rush to flood back, though Singaporeans suffering from cabin fever crashed the Singapore Airlines website on the day the travel lanes were announced. 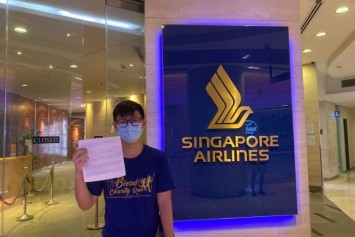 On Bali's first day of reopening local media reported a quiet international arrival hall, while on the first day people were allowed to apply to enter Singapore through its vaccinated-travel lanes, 2,409 travellers from Europe and North America did so.

Phuket's sandbox sounds like it has been popular - having attracted 42,000 visitors so far - but many of these were expats or returning residents rather than tourists.

Wong King Yin, a tourism expert at Nanyang Technological University, said people were hesitant to travel because of tedious processes and increased costs.

"In the past, leisure travel was easy and convenient. Now for leisure, your flights are more expensive than before and you also need to do PCR tests at least twice and that increases your costs. So even though a lot of people have the desire to travel, they may not really take action in the end," she said.

Wong said that most countries' reopening plans were at present too limited to make much difference to gross domestic products, but tourism-reliant economies had to try. Places like Bali and Phuket, she said, "really want to reopen because it's very hard for them to develop other ways to regrow their economies" and the tourism industry needed all the help it could get.

Indeed, any reopening at all could be a lifeline for some. Waitress Bon, 37, had just returned to work at an open-air bar on Bangla Road in Phuket. She described the experience as "like being reborn".

In Phuket, thousands of workers depend on tourists for their income, not only bar staff like Bon but taxi drivers, restaurants and street sellers too. Bon hopes the island's nightlife "stays like this and nothing bad happens to close us down again".

In his reopening speech, Prime Minister Prayuth had said the "many millions" of Thais who depended on the travel, leisure and entertainment industries could not afford "the devastating blow of a second lost new year holiday period".

Anan Nuisuchon, 51, a long-tail boat driver, said his income shrank to US$150 (S$202) a month from US$1,000 because there were no tourists to ferry around. Instead, he had to support himself by doing odd jobs.

And the Thai economy is far from alone in its reliance on tourism. In 2018, tourism receipts accounted for 5.5 per cent of Singapore's GDP, 5.8 per cent of Malaysia's, and more than 11 per cent of Vietnam's and Thailand's. In Cambodia, it was 17.8 per cent of GDP, while in some regions - such as the Indonesian island of Bali - up to 70 per cent of people depended on it. Thailand waved in a record 40 million visitors in 2019 but just over 70,000 between January and August this year.

Ling at OCBC said for Asian economies like Thailand, Indonesia and Singapore, which is also a hub for airlines, "reopening to international travel and tourism is an important part of efforts to re-energise their respective economies and normalise growth prospects".

Weighing heavily on all destinations is the fate of Chinese travellers, who were among the largest drivers of tourism in the region pre-pandemic.

Unfortunately, they seem unlikely to return any time soon given Beijing's pursuit of a "zero-Covid" strategy.

'Are we really ready?'

From Bangkok to Bali, Chiang Mai and Langkawi, Asia's top tourism destinations are closely watching the sandbox in Phuket and Singapore's vaccinated travel lanes to see what lessons can be learned.

Prime Minister Prayuth has already voiced fears that Thailand might be opening borders too early and that it risked letting in new variants that could lead to a rise in serious cases.

Nikhom Jensiriratanakorn, director of hospitality consultants Horwath HTL, said: "It's one thing to have a vision and communicate to the world that you're reopening, but it's another thing to ask ourselves: are we really ready?

"Do we have enough test kits, staff? What happens if tourists get Covid? Can our health care systems manage?"

But results so far look promising. Covid-19 infections on Phuket have not surged as predicted and are currently at about 13,000 cases with 89 deaths. In the months before the sandbox opened the island was closed off even for domestic travel, but provincial authorities recorded just seven deaths from 735 cases between April (when the pandemic third wave hit Thailand) and the end of June. 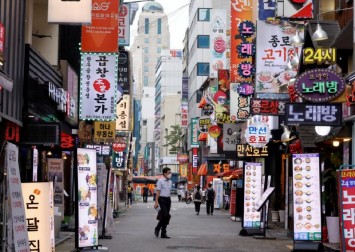 Singapore's data is also encouraging. Since early September the city-state has been operating quarantine-free travel corridors with Germany and Brunei. In the first month of the scheme, only two of the visitors arriving in Singapore were found to have Covid-19 and their infections were detected at the border through the on-arrival test so there was no chance for the patients to infect the local community.

Still, Wong thought it would take weeks or months of tweaking at the edges of policies to find a strategy that could work for reopening on a bigger scale. Wong said that with a variety of countries using various methods and testing regimes it would take time to see whose approach worked best and did not burden hospital systems or affect local communities too much.

Experts said the success of these travel arrangements would hinge largely on the vaccination rates of both the travellers and residents.

Nuno Guerreiro, the regional director of South Asia Pacific at Booking.com, said vaccines were "essential tools" that would pave the way forward for the industry. He cited a Booking.com survey that found 67 per cent of travellers would travel only to countries that had implemented vaccination programmes.

Singapore has one of the highest vaccination rates in the world, with 84 per cent of its 5.5 million population fully vaccinated.

Phuket has inoculated seven in 10 of its residents - more than twice the 35 per cent overall vaccination rate for Thailand.

About 98 per cent of Bali's 4.4 million population have received at least one dose of a Covid-19 vaccine, while more than 80 per cent have been fully inoculated.

In Indonesia's Riau Islands, 83 per cent of the population have received their first shot, while 58 per cent are fully inoculated.

Guerreiro was optimistic, saying travel lanes were an "inflection point" that showed countries increasingly felt equipped to enable both outbound and inbound travel.

Wong said her hope was that the virus stops mutating, or that vaccines remained effective against all variants so that countries could eventually resume global travel.