Arsonist gets death sentence for attack 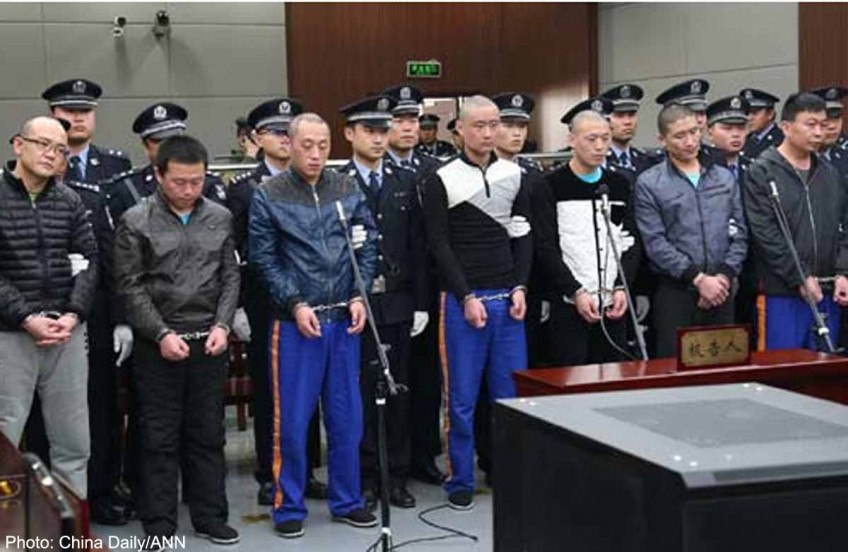 An arsonist who poured gasoline over a tent and set it on fire, resulting in the death of a farmer who was inside, has been sentenced to death. Three other villagers suffered serious injuries.

Two others involved in the attack in Shandong province, which was triggered by a land dispute, were jailed for life on Thursday by Qingdao Intermediate People's Court.

Wang Yuefu was sentenced to death for arson, while Du Qunshan, a former official at Dujiatuan village in Pingdu, a county-level city, and Li Qing received life sentences.

Four others, including Cui Lianguo, the legal representative of developer Qingdao Guihe Real Estate, received prison terms ranging from six to 19 years. Wang and Cui said they would appeal.

Geng Fulin, 63, who was camping near his farm to protect it from being illegally occupied, was burned to death after his tent was set on fire. Three other villagers who were with him were seriously injured.

Villagers said the four were trying to prevent their land from being seized by Qingdao Guihe Real Estate.

Du and Wang attempted to force the villagers to leave by setting fire to the tent. Wang and three others, all of whom had knives, used gasoline to start the fire.

Another of the men involved, Li Qing, was on parole when the attack happened. He encouraged the others to commit arson, the court said.

Twelve local officials, including two vice-mayors of Pingdu, were reprimanded over the attack.

"The punishments are too light," Li Chongnuan, one of the injured men, was quoted as saying by The Mirror, an evening newspaper.

The 65-year-old said he has not received any compensation, and suffers continual pain from the injuries to his hands and face.

Wang Xixin, a professor specialising in administrative law at Peking University, said conflicts over land occur frequently across the country. However, the use of arson makes the Pingdu case extremely unusual.

"There is no basic trust between village committees and villagers, and our current laws do not clarify how land expropriation compensation should be allocated," Wang added