Asian governments are expecting US President-elect Joe Biden to swiftly underscore his intention to bring America back to the multilateralism fold, Washington’s former regional envoys and other observers said on Sunday, as congratulatory messages for the victorious Democrat flowed in from across the Asia-Pacific region.

The observers acknowledged that the Biden transition team was unlikely to flesh out its foreign policy staffing in the coming days – with its Covid-19 pandemic response and budgetary policies seen as requiring more urgent attention.

Still, the analysts said their eyes remained peeled for clues on who the incoming administration would appoint as the key principals in dealing with Asia.

Congratulatory messages for Biden began to come in early on Sunday, shortly after multiple major US outlets called the election for the 77-year-old former vice-president.

In a break from tradition, the felicitations from foreign governments came through before a formal concession by the defeated incumbent, President Donald Trump.

Reports have said Trump is not expected to concede defeat as he looks to challenge the results in the US Supreme Court. Going by the latest count, Biden is poised to win 306 electoral college votes, a comfortable margin above the 270-vote threshold for victory. 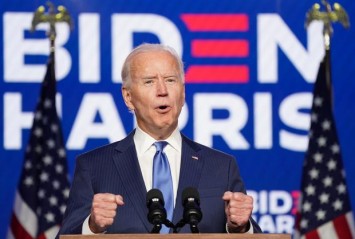 With nearly 75.5 million votes, or 51 per cent of all ballots cast, his popular vote share is the biggest in the country’s history.

He tweeted his well wishes 24 minutes after the race was called by the Associated Press.

Among Washington’s partners in the Quadrilateral Security Dialogue, Indian Prime Minister Narendra Modi was the first to release a statement.

In an early morning tweet, he described Biden’s victory as “spectacular” and said the Democrat was “critical and invaluable” in strengthening ties between the world‘s two largest democracies during his 2009-2017 tenure as vice-president.

Congratulations @JoeBiden on your spectacular victory! As the VP, your contribution to strengthening Indo-US relations was critical and invaluable. I look forward to working closely together once again to take India-US relations to greater heights. pic.twitter.com/yAOCEcs9bN

“I look forward to working closely together once again to take India-US relations to greater heights,” the Indian leader wrote.

In a separate message to Harris, born to a Tamil mother and Jamaican father, Modi lauded her success as “pathbreaking”.

It is “a matter of immense pride not just for your chittis, but also for all Indian-Americans,” Modi said, alluding to Harris’s use of the Tamil term of endearment for her aunties when accepting her nomination as Biden’s running mate.

Prime Minister Yoshihide Suga of Japan, meanwhile, also took to Twitter to convey his congratulations, saying he was looking forward to working with Biden to “further strengthen the Japan-US alliance and ensure peace, freedom and prosperity in the Indo-Pacific region and beyond”.

Scott Morrison, Australia’s prime minister, in his congratulatory message wrote that the alliance between the two countries was “deep and enduring, and built on shared values”.

In Southeast Asia, the leaders of Malaysia, Singapore and Indonesia were the first to issue statements.

Malaysia’s prime minister, Muhyiddin Yassin, under pressure for an abortive attempt to suspend parliament to stave off opposition challengers, wrote in a statement that he looked forward to Biden’s leadership on the world stage. Singapore’s Lee Hsien Loong struck a similar note. He said the island republic was looking forward to the “global leadership of the United States” to overcome the “significant challenges facing the world”, including the Covid-19 pandemic. 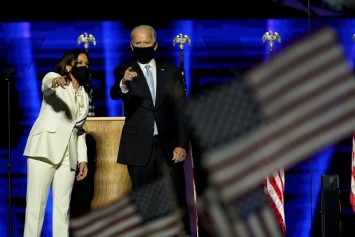 President Joko Widodo of Indonesia, leader of the world’s third-largest democracy, said in his statement that the huge turnout in the US polls was a “reflection of the hope placed on democracy”.

After the experience of a Trump administration whose Asia policy was erratic – at times appearing to be based on the whims of the president – Asia watchers said they were sensing hope for more predictability. Also on regional governments‘ wish list was the speedy US return to meaningful participation in regional meetings that were not on Trump’s high-priority list.

David Adelman, the US ambassador to Singapore from 2010 to 2013 – during Biden’s and former President Barack Obama’s first term in office – told This Week in Asia he believed governments in Asia would be hoping for “calm waters across the Pacific and an American re-engagement in important multilateral organisations such as Apec, the Asean Regional Forum and the East Asia Summit”.

“Leaders in capitals across Asia undoubtedly are hopeful the new administration in Washington will return to the American pivot to Asia that was the centrepiece of the Obama foreign policy,” he said. 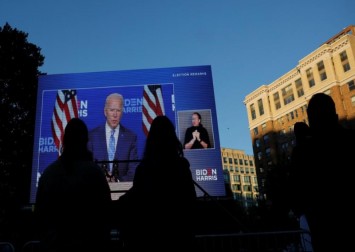 Frank Lavin, who was ambassador to Singapore from 2001 to 2005, suggested these expectations would be met given Biden’s track record as a “multilateralist” who “sees the ways the US connects with other countries to be key to US security and prosperity”.

“My assumption is he will begin his foreign policy outreach with consultations with friends and allies to take stock of their views and try to find a convergence of interest,” said Lavin, who also served as under secretary of commerce under George W. Bush.

Steven Okun, a Singapore-based senior adviser for the US trade consultancy McLarty Associates, said some governments would be curious as to the future of some of Trump’s unilateral approach to foreign policy – such as his muscular China policy – which “many countries find in their own national interest as well”.

“Over time, leaders will want to know how the United States can continue to challenge China where needed on the one hand, while engaging with them on areas of mutual interest without trade-offs on the other,” he said.

Shahriman Lockman, a fellow with Malaysia’s Institute of Strategic and International Studies, said there was little expectation for greater clarity on Biden’s Asia outlook in the coming days, given that other issues are seen as requiring immediate attention.

“The priority will be on domestic policies: possible candidates for positions in treasury and human and health services will be key,” he said.

As for the appointment of personnel, the Malaysian researcher is among Asian strategic thinkers hoping that Biden does not reappoint certain principals from the Obama era, including Susan Rice, who served as Obama’s national security adviser.

Rice, who was previously seen as in the running to be vice-president, was in August blasted by the respected former Singapore diplomat Bilahari Kausikan as “having “very little interest for Asia, no stomach for competition, and thinks of foreign policy as humanitarian intervention”. 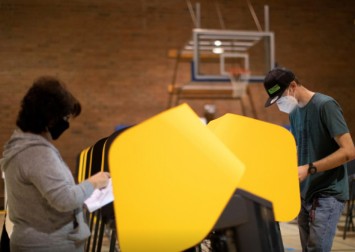 “She was among those who thought that the US should de-emphasise competition to get China’s cooperation on climate change, which is a fundamental misunderstanding of the nature of international relations,” Bilahari had written on Facebook when reports surfaced that she was being considered as Biden’s running mate. “We will look back on Trump with nostalgia,” he said.

In a new Facebook post on Sunday afternoon, the ex-diplomat said it was a “bright spot” that Rice was “probably not going to be secretary of state”.

“She is a lightning rod for conservatives and if Biden wants to heal or mitigate the polarisation, as he says he does, he should not even seek to appoint her dog-catcher,” he wrote.

Said Shahriman: “Whatever it is, personnel is policy. If [Biden] is simply going to bring the Obama band back together, it would not bode well for Asia”.