At 10am in the morning, Nauman Pasha begins his workday. After putting on his headphones and settling down into his high-backed chair, he flips on the switch on his computer.

But instead of meeting his colleagues over Zoom, he starts bantering with hundreds of strangers on Facebook .

The Singapore-based 32-year-old used to work on automation programmes and projects for clients as a digital manager.

Today, he spends his time playing games, cracking jokes and keeping his loyal following of 43,000 people from Bangladesh, Indonesia and Malaysia entertained.

And just like his old job, his new job also pays the bills.

“I’ve been streaming for one year now and it’s been great,” Pasha said. “My audience has been very supportive.”

Pasha’s new life only began after his old one ended at the height of Covid-19 .

“When the pandemic hit and we all had to stay home, I decided to game more often. One day, one of my friends suggested I should start live-streaming,” Pasha explained. “I decided to give it a try and it worked well for me.”

He is not alone. Thousands of young people across the region have started up YouTube channels, TikTok profiles and Facebook gaming accounts.

They are creating everything from variety shows to drawing and cooking lessons in a bid to cash in on the huge surge in demand for Covid-19 induced indoor entertainment.

Content creation is not new. Since YouTube began helping its creators monetise their content – 1 million views net a content creator about US$5,000 (S$6,800) on average – individuals have been using such platforms to generate secondary sources of income.

But the pandemic has accelerated this trend across the world.

For one thing, demand for such content has skyrocketed as people seek new ways of keeping themselves entertained as lockdowns spread across the world.

In 2020, social media users grew at the fastest rate in three years to 4.2 billion, a report by We Are Social showed.

Southeast Asia was one of the fastest-growing regions. According to a joint study by Google , Temasek and Bain, 40 million new users went online for the first time in 2020 alone, amounting to a total of 400 million internet users in the region. 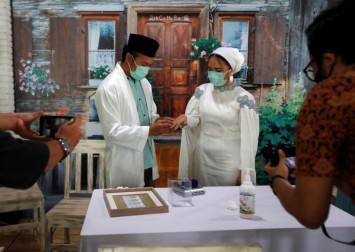 Thailand ’s jobless rate is currently at a 12-year high, while 2.8 million Vietnamese people have lost their jobs. The regional job gap in 2020 was estimated to be 14 million, 4.3 per cent below pre-crisis baselines.

Natalie Pang, senior lecturer at the National University of Singapore’s Communications and New Media Department, said: “While I don’t think the pandemic single-handedly [created] this trend, I do believe that it has contributed to people spending more time online. For professionals and brands, online content creation has thus become one of their primary means to build and/or continue engaging their audiences.”

The number of new content creators is difficult to track but one report suggests that the surge is sizeable.

A report by Streamlabs and Stream Hatchet found that the leading streaming platform Twitch experienced a jump in hours watched from 11 billion in 2019 to 18.41 billion hours in 2020. In all, viewers watched 27.9 billion hours of content across all platforms including YouTube and Facebook.

Part of the reason for the surge in content creators is the ease in which they can monetise their content. Platforms such as TikTok and Facebook are now helping content creators make more money directly.

Twitch’s Bits system and Facebook Stars, for example, allow viewers to more easily support content creators by purchasing virtual goods to gift to their favourite streamers. Every star or bit received translates into US$0.01.

“The biggest donation I’ve ever gotten from a viewer was 3,000 ringgit [US$700],” Malaysian Twitch streamer Shu Faye Wong said. The 25-year-old has 19,300 followers and streams for four to eight hours at a time, often beginning at midnight.

Mobile phones and video-editing apps make it easy for anyone to start streaming immediately.

“There are free gaming apps that you can stream directly from your phone. You don’t even need a PC to start streaming,” said Pasha.

But the low barriers to entry also mean it is increasingly difficult for regular streamers to get a decent stream of income.

A Singaporean streamer who goes by the online alias Marky Evan is head chef of a cafe by day, streamer by night. Marky spends four to five hours a day streaming while he draws art in real time, sings on his guitar, or plays video games, depending on his mood.

But the payoff is hardly ideal. The combination of ads, donations and art commissions from his streams adds up to just US$500 a month – barely enough to survive in a city where the median salary is $4,534.

“It’s a lot tougher than it looks,” Marky jokingly lamented. “Even if I left my job and put my all into content creation, I’m definitely not going to make more than a thousand bucks a month.”

Even if streamers get lucky and establish respectable followings, lower disposable incomes in Southeast Asia can cancel out high viewership numbers.

Read Also
11 Singapore Twitch streamers to check out in 2021 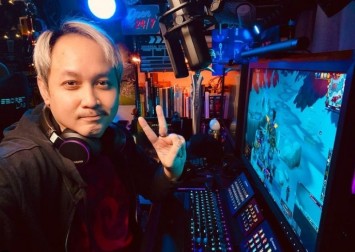 Compared to their Western counterparts, Southeast Asian consumers do not have the kind of disposable income to pay an extra US$5 a month to support their favourite streamers live.

For many, the route to generating higher income is through advertisers and paid partnerships. Pasha, who recently rented a new office in downtown Singapore , said he had to contact hundreds of potential advertisers before even one would reply.

Today, however, he has partnerships with Red Bull, Razer and Prism+. He demurred when asked if he was making more now compared with his previous job.

With a slight chuckle, Pasha concluded, “It’s not just about gaming or live-streaming but also meeting new people. I really love this and that is why I took the effort to look for a studio and pay rent for it – this is what it’s going to be for the rest of my life.”