Kim Sang-kyo, who opened the floodgates of a gamut of allegations, including illegal drug use, sexual assault to police corruption at the Burning Sun club, appeared before the police Tuesday for questioning on defamation charges filed against him following his accusations against the club.

"It seems that the state authority is blocking the truth," he said as he appeared before the Seoul District Police Agency. "I was a victim of assault and reported to the police for help, but I did not receive the help."

Kim uploaded a short video clip on Instagram early this year, claiming he had been beaten up by security guards at the club while trying to help a woman who seemed to be being sexually harassed last November. Police officers who arrived at the scene assaulted him instead of apprehending the guards, he claimed.

The management of Burning Sun, where K-pop group Big Bang member Seungri was an executive director, said that they only tried to suppress Kim who had been sexually harassing a woman at the club. Kim denied the accusation. 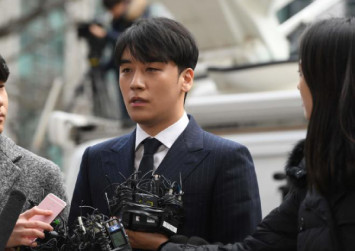 An official of the club and the police officers filed a defamation complaint against Kim.

"The case developed into a big scandal because there are many victims and witnesses (of illegal acts at Burning Sun)," he said. "I thought I should listen to them and let the public know."

Kim's claims of assault led to a broader investigation into drug use and distribution, rape, illegal filming and distribution of sex videos and corrupt ties with the police at the club.

He said he was not aware of the VIP customers at the Burning Sun. The club staff are suspected of having drugged women to help the "VIP"customers sexually assault them.