Balancing act for China with birth of new Brics bank 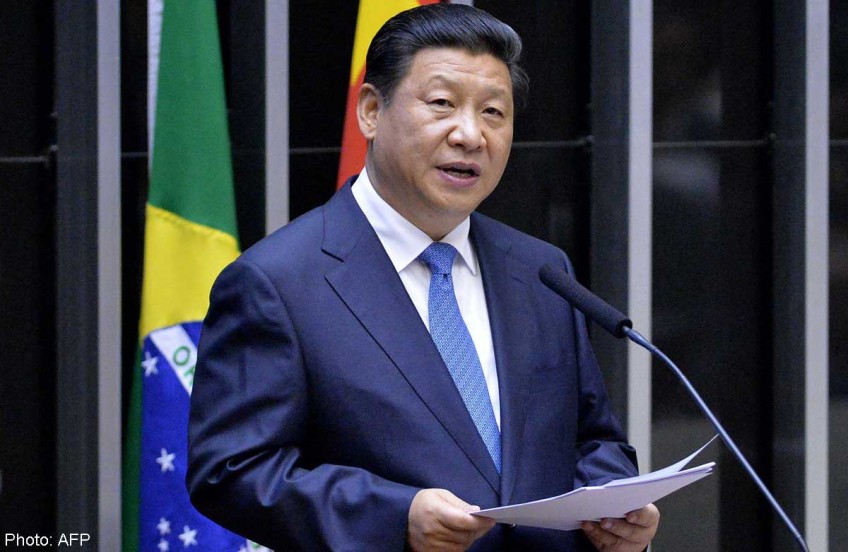 China has scored a big geopolitical win in its drive to rebalance the global playing field with the establishment of the new Brics development bank this week.

But with the counterweight to Western-dominated global financial institutions now a reality, China faces the tough balancing act of asserting leadership of the new bank while reassuring its Brics partners that they have not swapped one hegemon for another, said mainland analysts yesterday.

Already, domestic pressure in Brazil - where the deal to establish the long-awaited New Development Bank (NDB) was signed on Wednesday - has built on President Dilma Rousseff to extract significant concessions in bilateral talks with Chinese President Xi Jinping this week, in exchange for its diplomats having delivered the NDB agreement.

The other Brics countries are India, Russia and South Africa.

"In negotiations over the bank, China made significant concessions because it did not want its partners to worry that it will be too dominant," noted Shanghai Institute for International Studies research fellow Liu Zongyi.

While the NDB's headquarters will be in Shanghai, an Indian will be its first president and the rotating role will not go to China for at least 15 years. In addition, China has contributed the lion's share of US$41 billion (S$51 billion) - out of its almost US$4 trillion in foreign exchange reserves - to the NDB's US$100 billion joint currency reserves. Brazil, India and Russia will each give US$18 billion, while South Africa will contribute US$5 billion.

The joint currency reserves can be drawn on by member nations to combat balance of payment crises that could arise when the United States raises its interest rates, causing an outflow of global funds from their financial markets.

Separately, the NDB will have a fund of US$50 billion - made up of US$10 billion from each Brics nation - to lend out to other countries for development projects.

"China can actually do all of this - spend its foreign reserves, lend money to other countries - by itself," said academic adviser Shen Dingli of Fudan University's Centre for Brics Studies. "In getting the rest on board and giving them equal voting shares, it is showing that it is sincere about wanting a multilateral world. What can the US say now?"

Still, analysts said the NDB will have to tread lightly in its initial days, given the strategic and political differences that still exist among the five Brics nations.

"The real political tension will emerge when the member countries borrow from the NDB to finance major, strategic projects in their territories, as they still view one another as strategic threats."

Besides, each Brics country has the right to veto major decisions at the NDB. But mainland observers were confident that the Brics' over-arching goal of diluting Western influence in the global financial architecture and over their own emerging economies is a big enough shared priority that would outweigh their differences.

After all, the catalyst to realise the new bank this year, after negotiations since 2012, was the refusal of the US Congress to ratify changes that would more fairly distribute voting rights at the International Monetary Fund, said experts. Designed in the post-war period before the emergence of the Brics nations, the IMF currently allots only 10.3 per cent of votes to them in total, although they account for a quarter of the world economy.