Bali's farmers hand out free vegetables as tourism dries up

Sukarsana with his crop of shallots.

A group of volunteers in SUVs and pickup cars loaded with reusable blue-cloth tote bags slowly made their way from rural Bali into the island’s urban centres in Ubud.

The bags contained a select variety of fresh vegetables and some ground coffee, all locally grown in Kintamani, at the foot of Mount Batur, two hours away from Denpasar. The volunteers then set up stalls by the roadside to hand out the parcels for free to anyone in need.

It did not take long for the parcels to be snapped up by grateful passers-by. In Bali’s urban areas, where unemployment is particularly high due to the shutdown of the tourism industry because of the Covid-19 pandemic, all help is welcome.

“This charitable act is our way of showing that farmers in Bali care about the crisis that many of our brothers and sisters in other sectors of the economy are facing now,” said I Komang Sukarsana, 36, co-initiator of the “Free Veggies From Farmers” movement and owner of the Bali Arabica coffee brand.

Sukarsana started the movement recently with his sister, Luh Manis, 39, founder of Pranasanti Yoga and Retreat, to raise awareness about the importance of Bali’s agricultural sector during the global pandemic.

Tourism and its related industries make up 80 per cent of Bali’s economy.

With tourist numbers dropping by as much as 93.24 per cent in April last year, the local economy contracted by more than 10 per cent, forcing almost 75,000 people into joblessness.

Read Also
In world's new Covid-19 epicentre, Indonesians help each other as trust in government falters 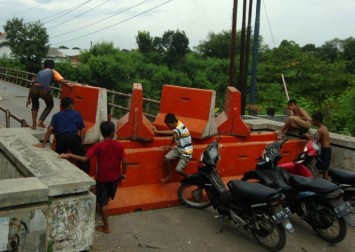 But agriculture, the island’s second largest industry at 13.5 per cent and which until recently employed almost 20 per cent of the workforce,―has proved more resilient.

Sukarsana, who is also chairman of the farming cooperative, Sari Pertiwi, in Kintamani, said that although Balinese farmers have had to abandon growing crops previously intended for the hospitality industry –―that is, for hotels and restaurants – the staples for the local population, such as shallots and vegetables commonly used in Indonesian dishes, remain in demand.

But the general drop in the purchasing power of ordinary Indonesians means that market size has also shrunk.

Manis recounted a discussion with her brother on how to help their farmer friends in the cooperative, who had complained that they might have to let their crops rot in the fields if they could not find buyers for their produce.

“It inspired us to come up with a solution which would help both the farmers and the community at large. We pooled our resources among friends; some donated money, which was used to buy vegetables from the farmers in the cooperative, while others donated their crops.”

While the distribution of food parcels during times of economic crises, either by the government or by private charities, is a well-established tradition in Indonesia, fresh vegetables are not usually found among the items.

Manis said that such products completely bypassed the small-scale farmers, which is why she and her brother believed vegetables would be refreshing for a change.

“We had initially thought of cooked meal packets made with our vegetables but we wanted to encourage Balinese to go back to the practice of preparing home-cooked meals since most people are now confined to their homes,” Manis said.

Additionally, Sukarsana wanted to raise the banner for farmers as a profession.

“In Indonesia, farming is mostly seen as a lowly occupation promising little return. Farmers are often portrayed as poor and in need of government subsidies. This is not necessarily the case with modern farmers who understand the distribution link of their own produce.”

He said he wanted it to be known that farmers did not always have to be the recipients of help but could also contribute to society in times of need.

“The pandemic,” he continued, “has shown that farmers are among the most resilient because we grow our own food and whatever happens, people still need our produce.”

While 29 per cent of Indonesian workers make their living in agriculture, fisheries and livestock, the country is fast losing its farmers. 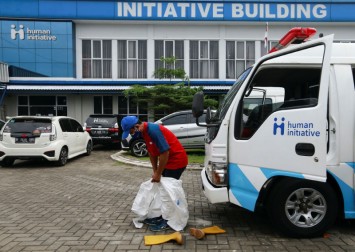 Official statistics reveal that between 2003 and 2013, Indonesia lost 5.1 million farmers as young people shunned agriculture for other professions.

At the launch of his administration’s pilot project “Millennial Farmers” in early August, President Joko Widodo highlighted the fact that 71 per cent of Indonesia’s farmers were above the age of 45, and stressed the need for the younger generation to step up.

Sukarsana said that since he had launched the initiative, many young people previously employed in the tourism industry in Sanur had helped as volunteers, learning about agriculture and food production while taking home fresh produce as part of the deal.

Under the “Free Veggies From Farmers” scheme, as many as 150 parcels are distributed at a given location. Its success has inspired similar initiatives throughout Bali by farming co-operatives and small enterprises.