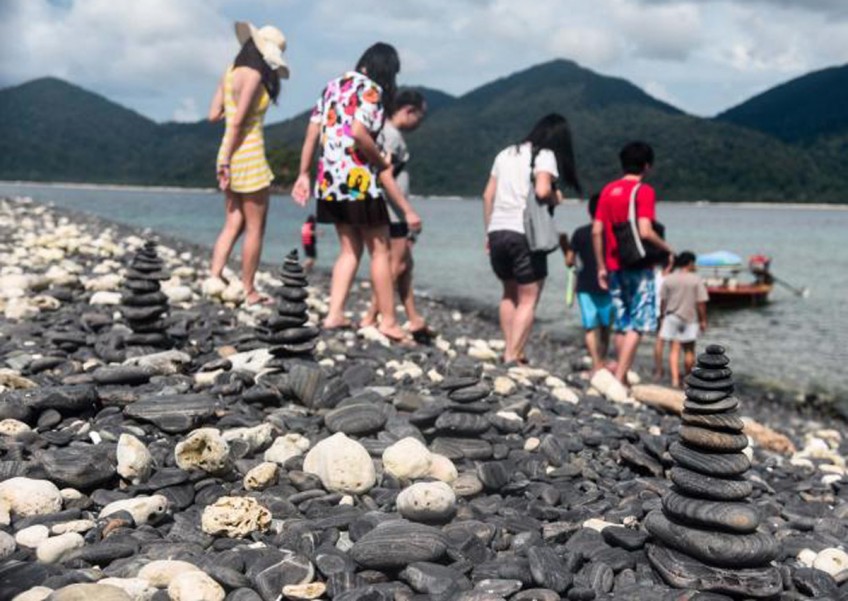 The rock towers do not grant wishes, and the practice was started by a tale spread by tour guides.
The Nation/ANN

Panapon said the national park, which includes Koh Hin Ngarm, in the southern province of Satun, has banned tourists from piling up rocks, adding that the practice was spurred by a tale spread by tour guides.

"Sometimes these rocks fall and shatter," he said, adding that even if these towers don't collapse, they still tarnished the raw beauty of the island.

"Tourists head to Koh Hin Ngarm mainly to admire the unusual and beautiful rocks on the island. I don't think the number of tourists will fall, even if they are not allowed to create these rock towers," he said.

He said tour guides initially encouraged tourists to form these rock towers so they have something to occupy themselves with. "But if the authorities think such activity is not appropriate, we can of course explain that to the tourists," he said.