Obesity patient Sunarti, 40, who weighed 148 kilograms, died in her home on Saturday morning, just a day after being discharged from Hasan Sadikit Hospital in Bandung, West Java.

She had undergone gastric bypass surgery at the hospital on Feb 18 and remained in intensive care for two weeks.

Ervita, one of the internists who helped treat Sunarti, said the team of doctors had allowed her to return home on Friday.

"Her condition was good when she was discharged," she said in a text message. 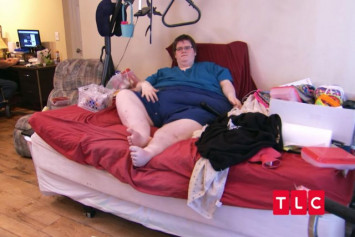 Ervita explained that after the surgery and during inpatient treatment at the hospital, Sunarti had been able to sit down without complaining about shortness of breath. Prior to the surgery, Sunarti was only able to lie down.

Ervita denied that Sunarti had been discharged because her insurance under the Healthcare and Social Security (BPJS) Agency had run out.

"We decided to let her go home because she was getting better," she said, adding that Sunarti's would release a full statement on Monday.

Previously, a gastrointestinal surgeon who treated Sunarti, Reno Sudirman, said the gastric bypass surgery had reduced her stomach to a third of its original size.

"The surgery went smoothly, and she was stable after the surgery. We reduced the size of her stomach so that she would eat less food," Reno said last month.

The procedure was expected to reduce Sunarti's weight to 65 kg, which was ideal for her 1.55-metre height. 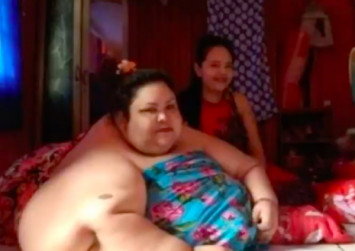 The operation involved a team of doctors from various disciplines to check on Sunarti's overall condition.

East Nusa Tenggara has the lowest obesity rate with 10.3 per cent.