Bangkok blast: Bomb suspect nabbed in Malaysia yet to be verified 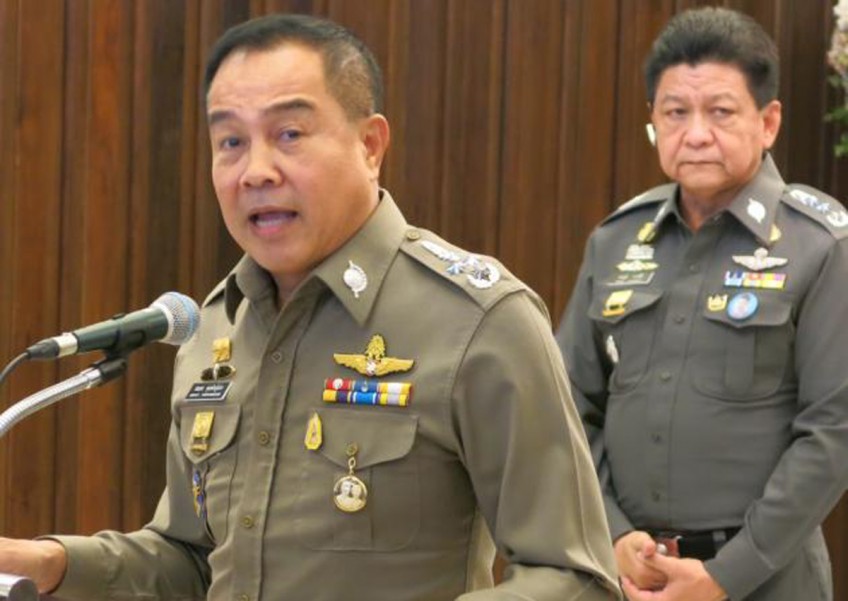 It is still not confirmed if a suspect arrested in Malaysia is the prime suspect of the fatal Erawan Shrine blast, national police chief Pol General Somyot Poompanmuang said yesterday.

He also refused to shed light on the progress of the investigation into the August 17 attack, which killed 20, mostly foreigners, and injured over 100 others.

Latest reports say that Malaysian police have arrested a man who looks like the suspect in a yellow T-shirt, who was captured on CCTV leaving a backpack behind that is believed to have been carrying the bomb. Malaysia has sent a photograph of the man arrested to Thailand for further verification.

Somyot said both sides have discussed the issue and results will be revealed soon.

Police also arrested two suspects allegedly involved in the bombing, and have issued arrest warrants for 12 others.

Meanwhile, a Thai source said the so-called yellow T-shirt suspect was arrested on Saturday night during a raid of rented apartments and rooms in downtown Kuala Lumpur.

The suspect, who is a foreigner, was detained because he looks like the bombing suspect, the source said, adding that his photograph has been sent to Thailand so that the two suspects in detention can verify if he is indeed the man responsible for the blast.

The source also claimed that the suspect confessed to the bombing after two days of interrogation. If he is confirmed to be the bomber, Thailand will ask for him to be brought to Bangkok.

The source explained that the yellow T-shirt suspect was detained in Malaysia after another man recently nabbed in Narathiwat province told police about suspects being transported to Malaysia after the blast.

Investigations also revealed that some Malaysian police officers might have been involved in helping the suspect in Malaysia.

Malaysian police officers are also hunting another prime suspect, known as the blue-shirt man, who was captured on CCTV kicking a bombing device into the Chao Phraya River that blew up under Sathorn Pier. Nobody was hurt in this blast.