An unhealthy level of air pollution covered 14 areas of Greater Bangkok on Monday morning, according to the Pollution Control Department due to particulate matter smaller than 2.5 micrometres (PM2.5).

Bangkok residents woke up to see a cloud of small dust in the heart of the capital, including Pathum Wan, Din Daeng, and sections of Lat Phra road.

Bangkok was also ranked the second-highest after Hanoi on Monday for the pollution, according to the air quality and pollution city ranking as reported by airvisual.com. 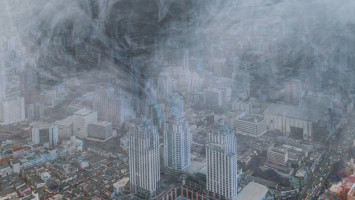