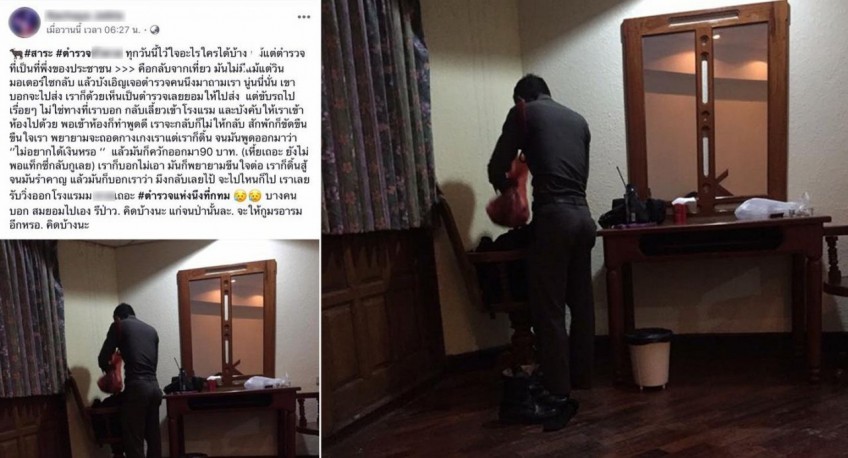 A transvestite on Tuesday filed a complaint with police, alleging a policeman had attempted to rape her.

The transvestite, whose name was withheld, also embarrassed the policeman by posting his photo and the story on Facebook.

Pol Colonel Warawat Thamsaroj, commander of Ratburana police station in Bangkok, said the 52-year-old police senior sergeant major had not reported to the station to be questioned following the complaint.

The policeman's name was withheld pending a formal charge. The transvestite claimed the patrol policeman with the Ratburana station molested her and tried to rape her inside the 19-In Hotel on Soi Suksawat 19.

However, Warawat said investigators had checked with hotel staff and CCTV footage and did not see any signs that the transvestite had been forced into the hotel against her will.

The policeman would still face disciplinary action even if the transvestite dropped the complaint against him, Warawat added.

The transvestite became angry over the suggestion that she had not been forced to go into the hotel. "Think about it, how could I like this kind of old man," she posted on Facebook.

She said she was returning home very late at night but could not hail a taxi when the policeman approached, offering to take her home.

The policeman reportedly let her go after she kept resisting.