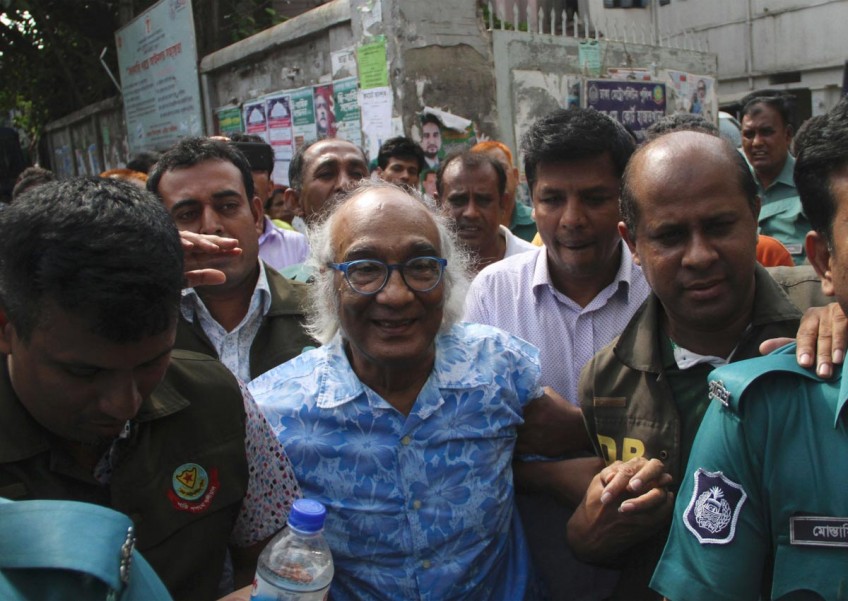 Dhaka - Bangladesh police on Saturday arrested a magazine editor over an alleged plot to kill the prime minister's son, officials said, the latest in a series of journalist detentions that has sparked fears of a press crackdown.

Three plainclothes officers entered the Dhaka home of 81-year-old Shafik Rehman in the early morning claiming to be from a private television station and took him away, his wife Taleya Rehman said.

Police later announced that Rehman, who is also a British citizen and was formerly a speechwriter for the opposition leader and arch-rival of the Bangladeshi prime minister, had been arrested.

Officers said they had found evidence linking the editor to a plot to murder Prime Minister Sheikh Hasina's son, Sajeeb Wazed Joy, who lives mainly in the United States, in a case filed in August.

"He (Rehman) visited the US in 2013 and took part in the conspiracy against Joy," said police spokesman Sorder.

Police found "connections in a conspiracy to abduct and murder" the premier's son, according to M. R. Khaled, a deputy police commissioner.

Rehman is the third pro-opposition editor to have been arrested by the government, triggering repeated calls by rights groups for their release.

Two other top journalists, who edit the country's leading Bengali and English newspapers, have also been charged in criminal lawsuits including dozens of defamation and sedition cases.

He previously served as a speechwriter for opposition leader Khaleda Zia, a two-time former prime minister who is involved in a deeply bitter feud with the current premier.

Last week the high court suspended 72 defamation and other criminal lawsuits filed by government supporters against Mahfuz Anam, editor of The Daily Star newspaper, over a challenge to their legality.

Human Rights Watch is among those which have slammed the lawsuits against Anam, saying they "are part of a larger, organised assault on independent media".

It comes amid widening fears for freedom of speech in the Muslim-majority nation, which has seen a spate of Islamist killings of secular bloggers and publishers.