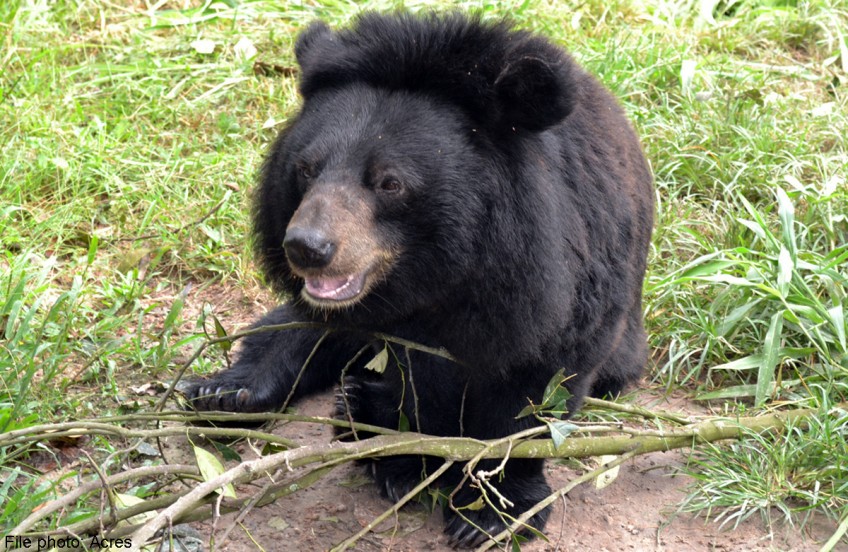 A bear farm's transition into a sanctuary has fueled hope among animal activists over a long-running national campaign to end the extraction of bile from the animals.

A farm with 130 bears in Nanning, capital of the Guangxi Zhuang autonomous region, is being transformed into a bear rescue centre, said Yan Shaohong, general manager of the Flower World group, which runs the farm as part of a State-invested horticultural business, in Beijing on Tuesday.

At the farm's request, Animals Asia, a welfare organisation, will first take 28 ill bears from Flower World to Chengdu for urgent treatment.

Over the course of two years, the farm will be converted into a rescue centre.

Yan said the decision to approach Animals Asia was fueled by the company's desire to exit the increasingly unpopular and ultimately unprofitable industry.

Bear bile is used in traditional Chinese medicine, and more than 10,000 bears in farms around the country undergo daily extractions of bile.

But the practice has been a focal point of controversy.

"In the last two years, there has been a lot of debate about the practice of extracting bear bile. After several rounds of discussion among the management team of Flower World, we proposed the idea of converting the farm to our superiors and received their approval and support. We decided not to further invest in bear farming - it's time for change," Yan said.

Yan and his management team realised they could recoup some of the investment by selling bears directly to other farms, but they rejected the idea.

"Some of the bears here are sick, some had bile extracted previously and some are newborn cubs. If we only transfer those bears into another bear farm, their living condition still cannot be guaranteed. We had to find a good place for those bears - a trustworthy partner with professional skills," he said.

Bile has not been extracted from the bears at the Nanning farm in more than two years since Yan decided to end the practice.

After visiting Animals Asia's own China Bear Rescue Center in Chengdu, which includes a shelter and living area simulating a natural environment for the bears, Yan decided that the bears would not be sold to other farms.

But money was the biggest concern for the farm in its conversion to nonprofit operations.

Animals Asia, which is dedicated to setting caged bears free, invested US$5 million (S$6.27 million) to cover the initial rescue of 28 bears from the farm conversion as well as budgeting for three years of care for the bears.

Existing farm staff will continue to be employed and will work with Animals Asia employees and learn from their expertise in the latest move, Yan said.

Flower World's move has been hailed as historic by Animals Asia CEO and founder Jill Robinson, who sees it as a significant step in the NGO's ongoing campaign to end bear bile farming.

In a survey of more than 2,000 people in eight major cities by the Horizon Research Consultancy Group last year, 86.6 per cent of those polled voted to end the extraction of bear bile.

Robinson said that result is the product of years of growing awareness and increased opposition to the practice.

"We believe it (the farm's conversion) can be the start of a wider conversation, with all parties represented, with the aim of finally ending bear bile farming in China," she said.

At a bear farm owned by a couple, both aged 60, in Mudanjiang, Heilongjiang province, the husband, surnamed Chen, said it was hard to maintain the business since they are getting old and there are no successors.

"The profit is not much, and we are under a lot of pressure," he said.

China's bear bile industry, which started in 1984, has been shrinking in recent years due to animal welfare campaigns, said Toby Zhang, director of external affairs of Animals Asia.

With an annual harvest of more than 30,000 kg of bear bile nationwide, the profit of the industry is around 100 million yuan.

"If enough money and education are provided, it is feasible to replace the industry," Zhang said.

"As bear bile is such an essential and unique ingredient in Chinese medicine, it is not easy to phase the industry out just because it is cruel," Yan said.

Yan said that the administration has no plans yet to ban the industry.