Beggar pretending to be one-footed arrested in Indonesia 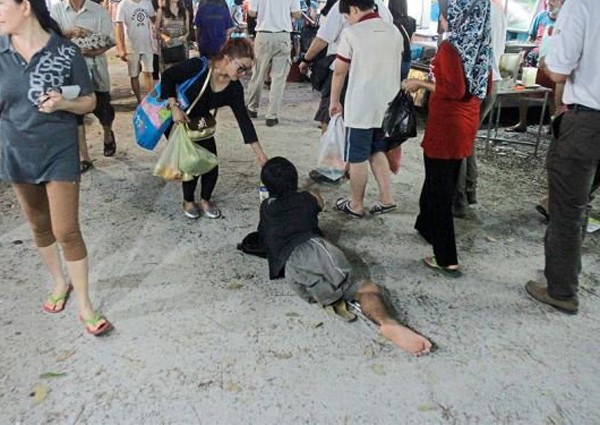 A shopper gives money to a beggar whose right leg and arm have been amputated at the Bandar Baru Air Itam night market in Penang, Malaysia.
The Star/ANN

A beggar pretending to have an amputated leg has been arrested by Social Agency officials in Kalideres, West Jakarta.

During his time as a beggar, the man could get Rp 50,000 (S$ 5.25) within only two hours because his fake disability successfully brought out people's compassion, tribunnews.com reported Tuesday.

Every day, the beggar bent his left leg inside his pants to make it appear as he if he only had one foot.