Chinese and Taiwanese national flags are displayed alongside a military airplane in this illustration taken on April 9, 2021.

Beijing sent 29 warplanes into Taiwan’s air defence zone on Tuesday (June 21), the third-largest fly-by this year and the latest in mainland China’s effort to unnerve the self-ruled island.

The sorties comprising 17 fighter jets, six bombers and other supporting aircraft entered the island’s air defence identification zone from the southwest, prompting Taiwan’s air force to shadow jets and aim missiles to disperse them, according to the island’s defence ministry.

“In response, the air force scrambled jets, issued radio warnings and deployed air defence missile systems to monitor their activities,” the ministry said in a statement issued late on Tuesday.

A People’s Liberation Army Y-20 aerial refuelling plane was spotted among the 29 warplanes entering the zone, a flight chart issued by the island’s ministry showed.

While a Y-8 ELINT surveillance, a Y-9 early warning aircraft and six H-6 bombers flew near Taiwan’s air force bases on the island’s east coast before heading toward the western Pacific Ocean, 17 fighter jets – including Jian-16, Jian-11 and Su-30 – flew near Pratas Island, or Dongsha, according to the chart.

The rest included a Y-8 anti-submarine and a KJ-500 airborne early warning and control plane, according to the ministry.

It was the third-largest sortie this year since 39 PLA warplanes flew into Taiwan’s air defence zone in Jan and 30 aircraft did so in late May. 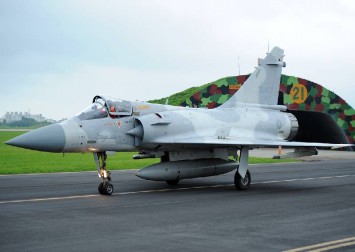 It was not immediately known if the warplanes had anything to do with PLA naval activities in the region.

Three PLA warships had been reported sailing near Japan on an unusual route. Two guided missile destroyers and a supply ship sailed southwest through an area to the southeast of Chiba prefecture on Monday before heading toward the Pacific Ocean, according to Kyodo News.

Beijing, which views Taiwan as a renegade province and does not rule out the use of force to bring the island back to the mainland’s fold, has ratcheted up the frequency of its PLA exercises and air missions in recent months, claiming they are training drills.

The moves have angered Taiwan and increased tensions in the region. Taiwan’s top ally, the United States, has urged Beijing to restrain its actions, which are widely perceived as meant to intimidate the island.

Beijing has suspended exchanges with Taiwan since Tsai Ing-wen of the island’s independence-leaning Democratic Progressive Party was first elected president in 2016 and refused to accept the one-China principle. 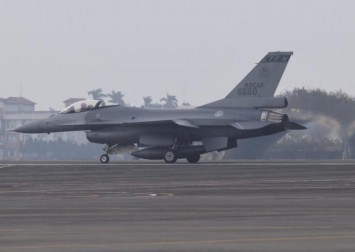 It has also warned the US, which recognises Beijing diplomatically instead of Taipei, against supplying arms to the island.

The provisions also call for the US to maintain a policy of denying “a fait accompli against Taiwan” to deter Beijing from using military force to unilaterally change the cross-strait status quo.

Meanwhile, the House’s armed services committee released the full text of its draft version of the 2023 act on Monday.

It includes provisions calling for the US to supply the island with weapons that could boost its asymmetric capabilities, including anti-ship, coastal defence, anti-armour, air defence and undersea warfare.