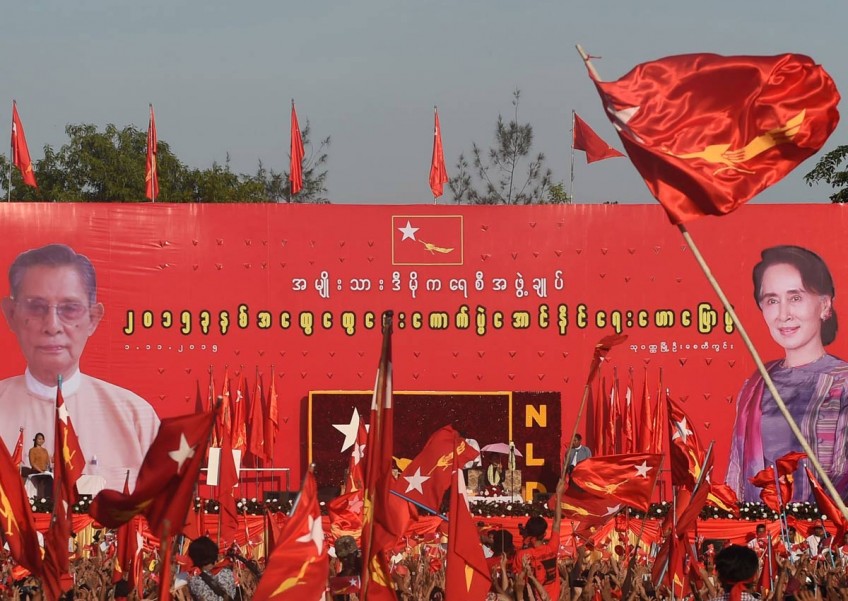 "China-Myanmar ties are unlikely to see major shifts even with a new government," said Myanmar expert Fan Dongwei of Xiamen University. "It is in the best interest of Myanmar to maintain good ties with China - and China knows that."

Chinese Foreign Minister Wang Yi, in a meeting with his Myanmar counterpart, Mr Wunna Maung Lwin, last week, had promised that Beijing will not change its friendly stance towards Myanmar but said it was in the fundamental interests of both sides to uphold a mutually beneficial friendship. China would continue to provide support to Myanmar, he said.

China, which had for decades been the key patron of Myanmar's military junta, has already had to adjust to the previous leadership's tilt towards the West.

As such, a new administration may even raise hopes of restarting major stalled projects, such as the US$3.6 billion (S$5.1 billion) Myitsone dam on the Irrawaddy river, which was suspended by Myanmar in 2011 because of public objections.

Chinese leaders had already laid the groundwork by meeting Ms Suu Kyi when she visited Beijing in June.

"But given the little interaction with the NLD, China will still be wary because trust hasn't been built up," said Prof Fan.

Other issues that will likely test the diplomatic skills of the incoming administration include clashes along the China-Myanmar border and Myanmar's lukewarm reception to China's "One Belt, One Road" programme.

A Global Times editorial last week said that "China has been strategically magnanimous and kind" and argued against a complete shift towards the United States by Myanmar's new government.

But that scenario is unlikely, noted ASEAN specialist Xu Liping. "Ms Suu Kyi has shown that she is pragmatic. Given that economic clout that China still has, a complete shift is unrealistic."