Residents of Bang Bo district in Samut Prakan were mystified yesterday (May 26) after waking to discover their neighbourhood had been immersed in emerald-green floodwater.

Pictures posted by Facebook user Pipe Atavee showed the bizarrely coloured water covering the street in front of his house.

Alarmed at the change in colour from the usual black floodwater to bright green, Pipe requested that a relevant agency inspect and test the water for chemical contamination. 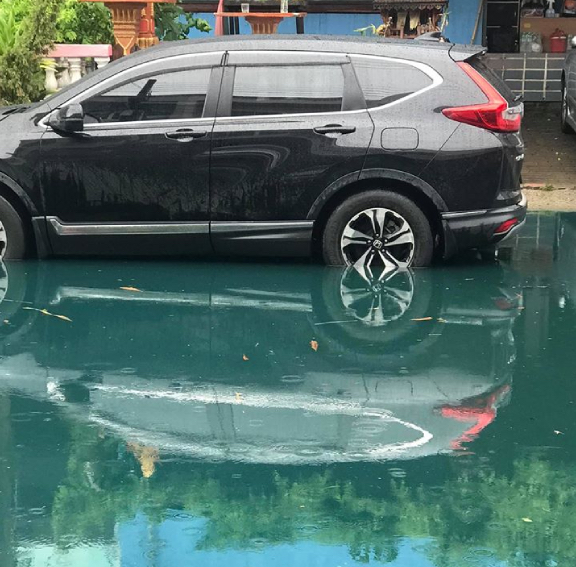 An online network of Samut Prakan residents reported that several factories in the local area had tipped waste oil into the sewers, causing a blockage in the system.

Concerned that the factories may have also leaked toxic chemicals that turned the floodwater green, residents are now waiting for local officials to get to the bottom of the mystery.