A group of Filipinos in Macau who staged a gathering on Sunday were invited for questioning at a police station after an unauthorised event to support Ferdinand "Bongbong" Marcos Jnr's bid to become the next Philippine president.

According to the local Hoje Macau newspaper, the city's police force invited 16 Philippine workers to be "assistants in the investigation" into the gathering in front of the St Paul Ruins and near Macau Tower.

During the event, fliers printed with Marcos' face and the Macau SAR symbol were distributed, and a banner with the same symbol was used.

The workers may face punishment for breaking several laws around public assembly and demonstrations; public gatherings in tourist spots without prior permission; and the misuse of the Macau SAR symbol for unofficial purposes. Penalties include jail terms of two years and fines of up to 20,000 pataca (S$3,300).

One of those staying at the police station appealed for help on Monday. "We have been here for 20 hours without food, without sleep, without baths," he said.

Filipino national in Macau familiar with the matter told This Week in Asia that several workers remained detained as of Thursday, not behind bars but in a room inside the police station.

The source, who spoke on condition of anonymity, said the police officers were pressing the workers to identify the event organiser, who remains at large. But they were keeping mum because the organiser "is a Filipino permanent resident in Macau."

Among those not yet released since Sunday is a worker who had arranged for the logo of the Macau flag to be printed on a banner, the person said.

On Tuesday, the Philippine consulate in Macau noted that punishment could include deportation.

"The Consulate would like to remind all Filipinos in Macau to desist from engaging in gatherings, assemblies, or other activities that have a political or partisan character, including the use of banners and uniforms," it said in a statement on Tuesday.

"All Filipinos are once again reminded to strictly observe the laws and regulations of the Macau Government and to respect the sensitivities of the local community."

The consulate also warned overseas Filipino workers that only permanent residents in Macau enjoyed the right to "assemble and demonstrate in public areas", as long as they applied for a permit and observed local rules.

All non-resident workers breaching these laws could have their employment contracts "terminated" and their "permit to stay" cancelled, it added.

The reminder, however, made no mention of Sunday's incidents.

When This Week in Asia on Thursday called the Philippine consulate in Macau to ask about the status of the detained workers and whether it had extended them any assistance, it responded: "We cannot disclose information [over the phone] regarding that. Please email us with your questions."

As of press time, the consulate has not replied to the email.

A similar call on Wednesday and Thursday to Marcos' public information officer Maria Pedroche on whether they had rendered any assistance to the detained supporters in Macau did not yield a reply by press time.

Meanwhile, the source said this was the second time Macau police had questioned Filipino political supporters.

Last month, the organiser of an event involving people who had "gathered in pink clothes, taking photos and videos to support Leni Robredo" — the current vice-president who is also running for the top job in next year's election — was also questioned by the police.

The source did not know what had happened to the organiser.

Robredo's spokesman Barry Gutierrez on Wednesday told This Week in Asia he was unaware of the incident. 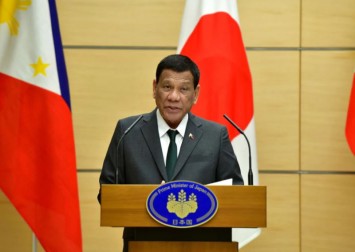 "This is my first time hearing of this incident. That said, lines of communication are open between the campaign and volunteer groups overseas, and we are certainly ready to extend any assistance if requested," he said.

"We appreciate the efforts of all volunteer groups — their energy and enthusiasm to campaign has been an inspiration," he said. We remind them, however, that they should strive to comply with all applicable laws and regulations in their respective areas, for their own safety and protection."

As of Thursday, more than 100 people had registered to run for the Philippine presidency.

The list of serious contenders may still change by Nov 15, as reports are swirling that Davao City Mayor Sara Duterte, daughter of current President Rodrigo Duterte, may throw her hat in the ring.