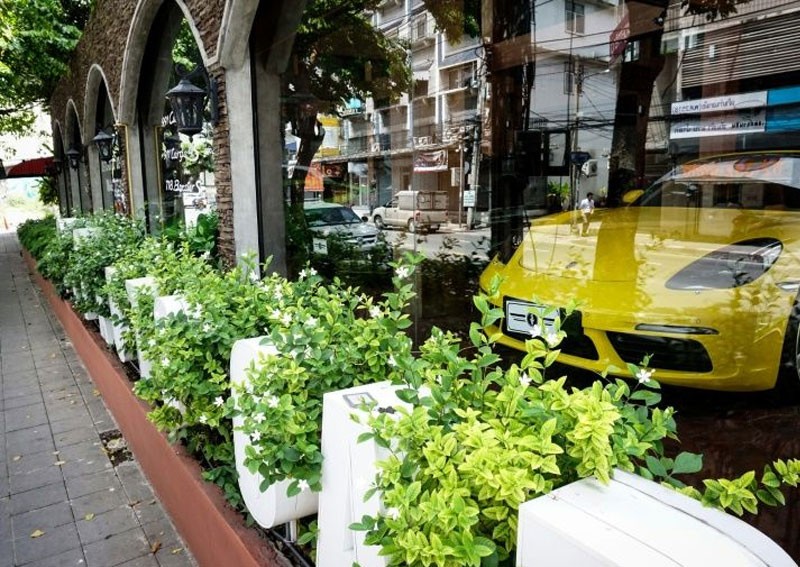 BANGKOK - Dozens of supercars including Lamborghinis, Porsches and BMWs have been stolen from the streets of Britain and shipped to Thailand in a complex scam that police from both countries are now rushing to dismantle.

Sparked by a British request to retrieve the lifted vehicles, detectives in Bangkok have launched a series of raids against dealers in recent weeks.

More than 120 top-of-the-range sports cars have since been seized, including some identified as stolen from Britain.

Thai investigators say they have also uncovered an array of scams and loopholes that dealers and corrupt customs officials exploit to circumvent eye-watering taxes the Southeast Asian kingdom places on supercars - usually around 328 per cent.

"More than 1,000 supercars are implicated in the undervaluing scam," Lieutenant Colonel Korawat Panprapakorn, the officer leading the investigation told AFP. "This practice has been going on for a long time." Britain is the most popular source for luxury car imports to Thailand because both countries drive on the left hand side of the road.

While Thailand's economy has been slumping in recent years, its billionaire class is doing just fine and gleaming supercars remain a common sight on the streets of Bangkok - even if they spend much of their time crawling along the city's gridlocked streets.

Lamborghinis appear to have been a top choice, making up 32 of the 122 seized vehicles, according to Thailand's Department for Special Investigations (DSI).

At least two vehicles were allegedly shipped over from the UK in parts and then assembled in Thailand to avoid the triple tax rate.

Eight Lamborghinis were simply declared as being the cheaper Gallardo model when they were in fact the much more expensive Aventador.

Customs officers either did not notice or deliberately turned a blind eye to the easy-to-spot error.

But in the vast majority of cases dealers under-declared the true value of the cars, often by US$10,000s (S$13,900), to pay less tax, the DSI said, adding some 30 businesses were now being investigated.

The outright stolen vehicles were whisked abroad through a different scam.

Sources with knowledge of the investigation in Britain say most of the cars were bought on finance and shipped to Thailand.

When the vehicles were at sea, the owners reported them stolen and stopped paying the monthly repayments.

"To date 38 (stolen) UK vehicles, identified by their engine and chassis numbers and valued at over £2.3 million have been imported into Thailand," the agency told AFP.

"Seven of the thirty-eight vehicles identified were seized by the DSI from a used car dealership in Bangkok." Those seven were found during a police raid on STT Auto in Bangkok's Ekkamai district, a suburb known for its glitzy nightclubs, restaurants and luxury condos.

The dealership's owner Indharasak Techaterasiri - who goes by the nickname "Boy Unity" and is well-known on the luxury car circuit - told AFP he was baffled that the seven cars were reported stolen.

He said he imports 500-600 luxury vehicles a year from Britain and that his shipping agent always checks the UK's vehicle registry databases to ensure the cars are not stolen.

None of the seven - two Lamborghinis, two BMW M4s, two Porsche Boxters and a Nissan GTR - came up as stolen, which would make sense if they were only reported after they left port.

"They keep saying on the news that all these cars are stolen, that I am a criminal... it isn't fair for me," he told AFP, adding he rejected any allegation of impropriety and was happy to be interviewed by British police.

Thai police have also accused Boy of under-declaring the value of multiple cars, but he said the valuation came from customs so the fault lies with them.

Last week he filed a suit to sue the DSI after they shuttered his showroom, allegedly without a warrant.

After he left court, officers from a separate arm of the Thai police promptly arrested him on fraud charges related to complaints from wealthy customers that their cars may now be illegal.

While some of the stolen British supercars have been located, it is unlikely they will return to the UK any time soon.

Thailand's justice system is notoriously opaque and slow moving while the DSI say any court case must reach its conclusion before the cars go back.

"The work is difficult but we will fully investigate this," DSI deputy Korawat said. "It will take time."