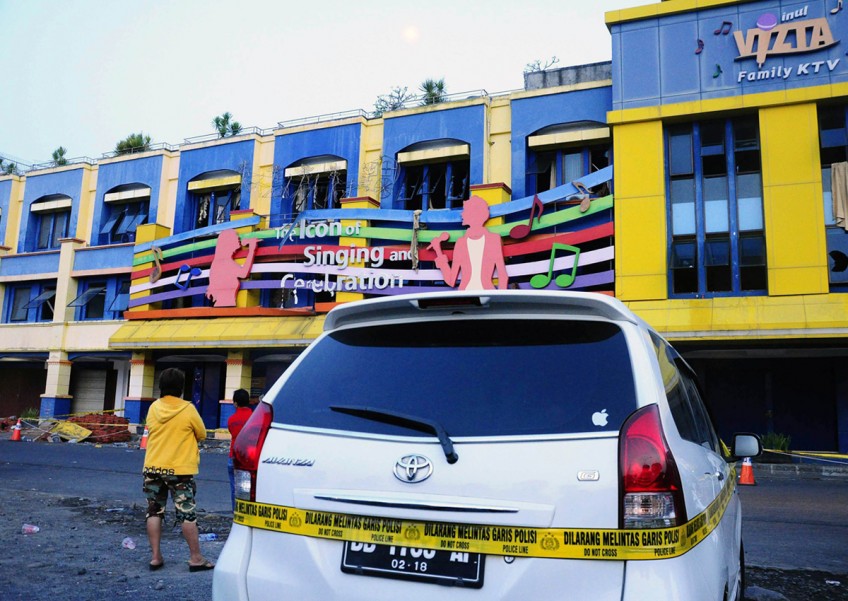 The Manado Police in North Sulawesi have arrested David Jocom, a local businessman, and one of his employees for their alleged negligence resulting in the deaths of 12 people during a recent fire at his karaoke club.

David's lawyer Lucky Scramm on Tuesday said that the police had detained his client, who owns the Inul Vista Manado karaoke club, and the club's manager since Monday after they underwent a six-hour interrogation.

"Our client was actually feeling unwell but insisted on coming for the interrogation as he wanted to settle the case immediately," Lucky said, adding that he was planning to submit a bail request for his client.

On Oct. 25, a fire ravaged the Inul Vizta karaoke club, killing seven men and five women and injuring dozens of others. Last week, the Manado Police named David a suspect in the incident for allegedly failing to provide proper safety equipment that could have prevented the fire from spreading.