Women are pictured wearing a protective face mask and face shield as the Indonesian government eases restrictions to prevent the spread of Covid-19 in Jakarta, Indonesia, on Jun 8, 2020.

The sight of busy roads, crowded bus shelters and train stations that have long defined capital Jakarta as a business hub returned with a vengeance on Monday, which marked the reopening of several sectors, including offices, as the city transitions to a “new normal”.

“The outbreak in Jakarta is not yet over, but today marks a period of transition in which several sectors are allowed to resume their activities,” he told reporters at the Kendal tunnel in Central Jakarta while conducting his morning inspection.

“[Thank God], based on our supervision, 100 per cent of public transportation passengers wore face masks.”

Anies said that although the number of people commuting using personal vehicles was higher than the relatively low number of people using public transportation, he acknowledged that there were still passenger pileups, especially at Transjakarta stations, as workers returned to their office.

The odd-even traffic policy will not be in place during the transition period, he added.

“If there is no circular or notice from the governor regarding the implementation of the odd-even policy, then there is no such [rule],” he said, adding that the policy would be implemented if it became necessary to once again limit the number of people traveling throughout the capital.

Anies decided on Thursday to extend Jakarta’s large-scale social restriction (PSBB) period to the end of June while easing measures for several sectors.

The first 14-day PSBB period, also known as partial lockdown, was implemented on April 10 and effectively closed down schools and places of worship while restricting people’s movements and encouraging companies to allow their employees to work from home. The PSBB has been extended three times.

As of Sunday, Jakarta has reported 7,946 confirmed Covid-19 cases and 537 deaths linked to the disease.

Meanwhile, commuters have also packed train stations across Jakarta and its satellite cities as they head to their respective workplaces for the first time since the work-from-home policy was issued over two months ago.

Dozens of Instagram users posted a series of photos showing long lines at train stations in Bogor and Bekasi in West Java. 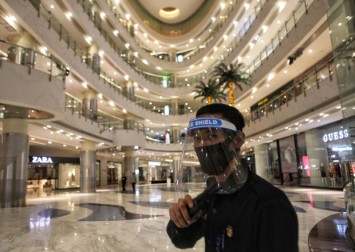 Despite the high-spirited return to a typical workday in Jakarta, however, some commuters have also taken to social media to express concerns over their safety as crowded stations and trains could potentially lead to a new wave of Covid-19 infections.

PT Kereta Commuter Indonesia (KCI) spokesperson Anne Purba said the company recorded 150,000 commuters using its services on Monday morning, up from 80,000 recorded per day on average during the PSBB period.

In anticipation of a significant increase in passengers, the company resumed normal operations with 935 trips per day.

Anne emphasised that KCI had complied with a Transportation Ministry’s regulation that limited the number of passengers on each train to 35 to 40 per cent of total capacity.

KCI will continue to implement strict health protocols, such as conducting temperature checks and ensuring physical distancing among passengers, during the transition to a new normal, she added.

Transportation Ministry spokesperson Budi Rahardjo said the government would once again provide five transit buses for commuter-line passengers headed for Jakarta from Bogor between 5am to 6am, with a 15-minute headway. 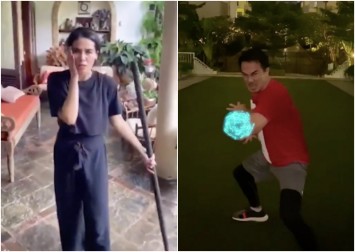 The free service, which transfers commuters from Bogor Station to Dukuh Atas Station in South Jakarta, will be limited to 25 people per bus in compliance with prevailing Covid-19 protocols.

Amid the hullabaloo surrounding people’s return to work, Transportation Study Institute (INSTRAN) executive director Deddy Herlambang urged the public to maintain a safe physical distance during their commute, underlining that it was crucial to minimize the risks of Covid-19 infection.

However, he acknowledged this would be a challenge considering Jakartans’ habit of forcing themselves into packed trains during rush hour, for example.

“Passengers often argue after being reminded [to keep a safe distance] because they feel that they have the same rights as [other public transportation users],” he said, suggesting that more officers be deployed at stations to ensure that passengers maintain a safe physical distance between one another.

A survey conducted by the LaporCovid-19 community reportedly revealed that Jakarta was not ready to transition into a new normal, citing low-risk perception of the disease among residents, which could lead to a spike in transmission.