Call for ‘defensive war’ against Myanmar’s junta sparks alarm, even as young citizens cautiously back revolt

Demonstrators in Yangon hold shields with attached pictures of junta leader Min Aung Hlaing during a March protest against the military coup.

The international community has expressed alarm over the declaration of a "people's defensive war" by Myanmar's anti-junta forces, even as interviews with citizens weary of the military's brutality suggest there is support on the ground for the revolt.

Tuesday's (Sept 7) call to arms by Duwa Lashi La, the acting president of the National Unity Government (NUG), comes just days before a United Nations committee makes a highly awaited decision on who can represent Myanmar at the world body.

The declaration of war also coincides with confusion over whether junta chief Min Aung Hlaing has accepted a proposal for a four-month ceasefire made by Erywan Yusof, the special envoy from the Association of Southeast Asian Nations (Asean) to the violence-wracked nation.

Erywan, the de facto top diplomat of Brunei, told the Kyodo news agency that a ceasefire had been agreed, but a junta representative on Monday told The Irrawaddy that this was not the case.

Indonesia was among the nations to issue an immediate response to Duwa Lashi La's call for a defensive war, which was made via a Facebook video.

"This assistance cannot be distributed if there is no sound and secure situation on the ground," he said.

Neighbouring Malaysia also took a similar tone, with newly appointed foreign minister Saifuddin Abdullah saying the declaration meant Asean was headed "back to the drawing board" in its efforts to end the violence in Myanmar.

The ten-nation grouping in April agreed to a five-point consensus to de-escalate the situation following Min Aung Hlaing's February seizure of power from the democratically elected National League for Democracy (NLD).

Among the deliverables was the appointment of a special envoy. Following a long delay caused by internal feuding over who to appoint, Erywan was chosen.

He is the second foreign minister of Brunei, the current Asean chair. Saifuddin on Wednesday said he planned to contact Erywan on the next steps Asean could take to ease tensions following the NUG's call for armed revolt. 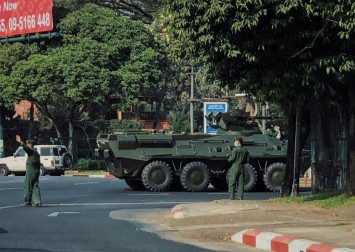 Also weighing in was the Special Advisory Council for Myanmar (SAC-M), an independent group focused on the post-coup crisis in the country.

Chris Sidoti, an Australian human rights lawyer and founding member of the group, said the SAC-M "empathises with the NUG but we fear for what will happen as a result of the decision".

Violence is the "cause of the suffering of the people in Myanmar, it is not a solution", he said in a statement on Wednesday.

Marzuki Darusman, also of the SAC-M, meanwhile blasted Erywan's ceasefire call for not helping the situation.

Marzuki, who previously led a UN investigation of violence in Myanmar, said the idea of a ceasefire was ill-judged "when what should have been emphasised was the immediate cessation of violence as was included in the five-point consensus".

"A ceasefire is totally different. It does not reflect the situation on the ground and fully meets the interests of the Tatmadaw, which has always used ceasefires to gain a strategic advantage," he said, using the Burmese term for the Myanmar military.

This Week in Asia's interviews with several Myanmar residents on Wednesday suggests the call to arms has been welcomed, particularly by the country's youth - though they are fearful of the bloodbath that could follow.

"I am thrilled and worried at the same time," said 28-year-old Pyae Sone of the Botahtaung township of Yangon. "However, it is the only option because non-violent protests against those with guns are futile, and only leads us to be shot and killed." 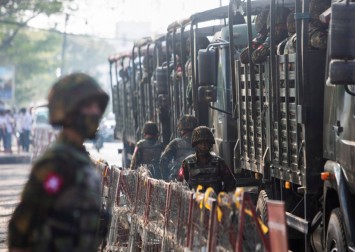 In a phone interview, he added that he had been financially backing the local division of the so-called People's Defence Force - the NUG's armed wing - and had "stocked up food for a month".

"I have no idea what will happen and have never been in a conflict, I will do my best to assist," Pyae Sone said. "It's now or never."

Fitness coach Htun, 30, who also lives in Yangon, said he had high hopes for the revolt as "this is not 1988" - a reference to the mass uprising that was quelled by a bloody military crackdown.

He said the key difference was that the present-day resistance had weapons of their own. "We have everything we need now … Let's see if they want to tangle with those who are armed."

Khant, a 19-year-old student and digital marketer from the city, was equally effusive about the uprising - but added that he was making contingency plans should a full-on civil war result in a mass refugee situation.

"For my personal safety, I have prepared an emergency bag to evacuate and stored food for two weeks," he said.

Duwa Lashi La's remarks mark a watershed for the NUG, which comprises NLD leaders who are in hiding or in exile.

In his Facebook video, he asked citizens to "initiate a nationwide uprising in every village, town and city, in the entire country at the same time".

He accused the junta of war crimes and said the rebellion would "remove Min Aung Hlaing and uproot dictatorship from Myanmar for good" to "establish a peaceful federal democratic union that fully safeguards equality".

Military spokesman Zaw Min Tun dismissed the NUG's call for revolt, saying it was an attempt to gain international attention and recognition from the UN General Assembly (UNGA) and would not succeed.

Ahead of the UNGA that begins on Sept 14, a nine-nation credential committee will deliberate on whether the NUG or the junta representative should occupy the country's seat.

The committee is likely to include China and Russia - both of which have offered tacit backing for Min Aung Hlaing's administration while emphasising the need for the violence to end.

According to the independent rights group Assistance Association for Political Prisoners (Burma), 1,054 people have been killed by the junta since the Feb 1 coup, while 6,324 have been arrested, charged or sentenced to jail time for taking part in anti-coup protests.