Can Asean dance its way out of having to take sides in the US-China conflict?

The US-China contest for domination of Southeast Asia was front and centre at the recent round of Asean-hosted meetings.

As the confrontation in the South China Sea heats up and pressure mounts on Southeast Asian states to choose sides, they have increased the tempo of what Singapore’s former ambassador Bilahari Kausikan calls their instinctive “diplomatic dance” involving the ability to “balance, hedge and bandwagon”.

Members of the Association of Southeast Asian Nations will need to be quick on their feet to dance their way out of this dilemma.

First, these countries do not want to risk becoming puppets or surrogates for either larger power, as happened during the Cold War.

At the recent meetings, Malaysian Foreign Minister Hishammuddin Hussein said, “Southeast Asia intends to remain the master of its own destiny”.

Second, they do not want to lose their collective centrality in managing regional security. Moreover, their individual national interests make choosing between the US and China difficult.

While many may be more ideologically aligned with the United States and prefer its security protection, there are economic and longer-term geopolitical reasons that make them reluctant to confront China – even with US backing.

Tensions rose on ﻿July 13 when US Secretary of State Mike Pompeo made an in-your-face anti-China policy statement on the South China Sea, raising China’s hackles and the stakes.

China has responded in kind and more – both diplomatically and militarily.

In the run up to and at the Asean-hosted meetings, China and the US sharply criticised each other and appealed to Southeast Asian countries to support their position.

Chinese Defence Minister Wei Fenghe, on a tour of the region, offered a carrot by saying that China was willing to work with Asean countries in the South China Sea “to meet each halfway”.

Read Also
US versus China: Which matters more to Asia and S'pore? 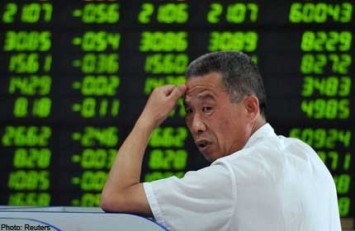 Luo Zhaohui, China’s deputy foreign minister for Asian affairs, waved the stick, warning them against backing US efforts in the region.

China’s Foreign Minister Wang Yi accused the US of being the “biggest driver of militarisation in the region”.

Pompeo fired back by accusing China of bullying its rival claimants, urged them to act and pleaded, “Don’t let the Chinese Communist Party walk over us and our own people”.

The problem for Southeast Asian countries is that this is only a prelude to what is to come. The US and China see the contest as a win-lose struggle, and neither likes to lose.

Indeed, the US, in its appeal to common values and to joining an anti-China front, is essentially saying “you are with us or against us” and it has a much shorter time frame than China for making that assessment.

So far, China and the US have been playing relatively nicely. But this contest for regional domination is going to get more overt and nasty – especially in the run-up to the US presidential election.

The US has dominated Southeast Asia since the end of World War II with both hard and soft power. While its hard power is still dominant and even growing, its soft power has declined.

The US cannot match China’s economic prowess and largesse and hopes that its political, social and economic systems, and its values, will be sufficient to keep much of Asia in its camp. 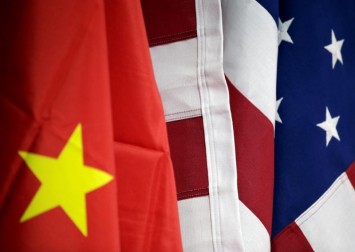 However, this is increasingly proving to be a false hope. So the US is falling back on its tried and true advantage – dominant military power and the threat to use it.

But even in this sphere, China is making rapid advances and the looming spectre of its eventual domination of the region may lead some Asian countries to choose between the two.

The statements of the foreign ministers of Malaysia and Asean’s de facto leader Indonesia indicate that they recognise the dangers.

So the dance is beginning in earnest. Some like Kausikan hope that the region’s multipolarity “creates agency to pursue our own interests because it widens the space and opportunity for manoeuvre”.

He says countries must have the wit, courage and agility to recognise and use their agency.

Indonesian Foreign Minister Retno Marsudi has appealed to Australia to play such a role. But Australia and others – such as Japan, South Korea and Britain – that might help realise a third option are American allies and China would see them as surrogates for the US.

While Russia could play such a role, there is no sign that Southeast Asian countries are eager to draw it in, or that Russia would be willing. India is not likely to be acceptable to China, given their growing rivalry .

This multipolar option exists only in theory. 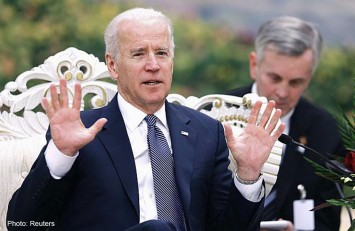 It is up to the states themselves to preserve their unity and centrality – and they are trying to do so. Asean foreign ministers responded to Pompeo’s July 13 statement by reaffirming their intent to maintain Southeast Asia as “a region of peace, security, neutrality and stability”.

Nevertheless, it is going to take a lot more of a united effort. Already, cracks have developed, with Cambodia supporting China and Vietnam opposing it.

Given Asean’s failure to manage conflict in Cambodia, Myanmar and now the South China Sea, there is little reason to expect Southeast Asian countries to “balance, hedge and bandwagon” sufficiently to prevent disunity and irrelevance in regional security affairs.