Can Thailand beat Malaysia and Singapore in the race to lure wealthy foreigners?

Foreign buyers own 30 per cent of condominiums in Pattaya, according to a property expert. Empty chairs are seen on a beach which is usually full of tourists, amid fear of coronavirus in Phuket, Thailand on March 11, 2020.

Thailand wants wealthy foreigners to settle down in the Southeast Asian nation after the pandemic, and is looking to lure them with possible perks including longer-term leases and tax remittances – but analysts are unsure whether the scheme can rival similar packages from the likes of Malaysia and Singapore.

The latest scheme, approved by the cabinet in September, is aimed at attracting one million “wealthy global citizens” within five years by issuing them special long-term resident visas, providing they meet a minimum investment or bond-purchase threshold.

The government hopes this category of migrant – as well as pensioners and high-skilled expatriates, including those looking to work from abroad – will generate a cash flow of 1 trillion baht (S$40.8 billion) by 2026, putting it on the pathway to economic recovery after its GDP slumped more than six per cent as tourism ground to a halt amid the pandemic.

On Monday (Oct 11), Thai Prime Minister Prayuth Chan-ocha said vaccinated visitors from low-risk countries including China, Singapore, the United States and the United Kingdom can enter Thailand without having to quarantine, raising hopes that the Thai economy could get a boost in the last quarter.

This week, the Federation of Thai Industries, the Thai Chamber of Commerce and the Thai Bankers’ Association issued a joint GDP growth forecast for this year of between zero per cent and one per cent.

Wealthy global citizens can qualify for special visas by holding US$500,000 (S$677,200) worth of Thai bonds or investments.

They must maintain an annual salary or pension of US$80,000 for the past two years and hold assets worth a minimum of US$1 million.

Pensioners have the same bond and investment requirements, though the minimum is US$250,0000, along with an annual pension of US$40,000.

If they do not buy bonds or invest in Thailand, their pension must be at least US$80,000.

High-skilled and work-from-abroad expatriates must earn US$40,000 a year if they have a graduate degree, own intellectual property or have worked for at least five years, or US$80,000 without the same qualification.

The programme has drawn comparisons to previous government schemes such as the Thailand Elite Card, launched in 2003, and to neighbouring countries’ efforts such as Malaysia My Second Home or Singapore’s Tech.Pass, a visa scheme to lure tech expats, or its Global Investor Programme, for high-net-worth businesses.

While the final details are being polished, the scheme has brought doubts as well as hopes.

Some see the longer lease terms as a threat to Thais’ right to own property. Others see the programme as a fillip for the real estate sector, which has been under strain due to a reduction in foreign visitors since the beginning of last year.

“This has the potential to be a game-changer for Thailand, but the real success will depend on the details that we don’t yet know,” said Georg Chmiel, co-founder and executive chairman of Juwai IQI Group, a Shanghai-based property technology company.

He said there were some doubts as to whether Thailand could achieve this “extremely ambitious” target of luring high-net-worth individuals over five years, pointing out that only about 2,700 people received a Thai Elite Visa last year.

“The world’s largest investment migration programme last year was Turkey’s, and it awarded only about 13,000 visas,” Chmiel said.

Piyapat Suban na Ayudhya, CEO of Thailand Longstay Management – a visa consultancy firm in which the Tourism Authority of Thailand holds a 30 per cent stake – said while the programme had ambitious aims, it could be targeting a pool of candidates that was too narrow.

“In 2020, when Thailand’s infection rate was low, there was much interest from international citizens to want to move here,” she said. “But this year, especially now when the infections are still high, we are not seeing the same level of interest.”

Thailand now has more than 1.7 million cases, though it had reported fewer than 7,000 last year.

“Take Phuket as an example, where there are over 1,000 million-dollar villas owned mostly on leasehold. It’s a demonstrated market, [and the likes of] Koh Samui, Hua Hin and Bangkok would certainly gain big numbers too,” he said. 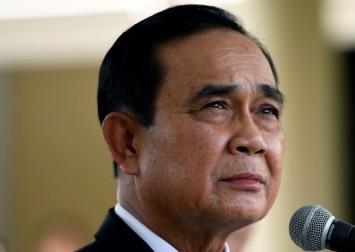 “The Thailand Elite programme is now close to 9,000 members, and produced 1.3 billion baht in revenue for Thailand in fiscal 2019, so this is the logical next step.”

Said Chmiel from Juwai: “For the last few years, an average of about 2,000 people per year have been awarded one of these [Thai Elite] visas. Chinese account for about one-third and Japanese for about eight per cent. The British, Americans, and French each account for about six per cent of all issued Elite Visas to date.

“Thailand could conceivably attract those who have been living in Malaysia under the Malaysia My Second Home programme, but there are only about 40,000 such individuals, and they tend not to be wealthy.”

Barnett thinks Thailand’s long-term resident visa would stand out in the face of regional competition.

“Malaysia My Second Home established itself as a successful programme for retirees but has gained considerable controversy, with the government changing the monthly requirement of income from 10,000 ringgit to 40,000 ringgit (S$3,252 to S$13,007), which has now cast doubts over its future,” he said.

“Singapore is not really looking to attract wealthy foreign retirees, but its Global Investor Programme has a $2.5 million threshold, so it is not really easy to apply.”

Other observers have been more concerned over the possible adjustment to leases.

Sopon Pornchokchai, president of the Agency for Real Estate Affairs, a property consultancy, worried that without certain tax regulations in place, the government’s initiative to boost the real estate sector by increasing lease lengths or foreigners’ ownership quotas in condominiums would put the country at a disadvantage.

“In China, for example, a foreigner can purchase a property after spending a year there to prevent pricing speculation,” he said.

“Other countries also set a minimum price of a property that can be purchased by foreigners. They also apply property tax and inheritance tax, when a foreigner wants to pass down a property to his kin. These are missing in Thailand.” 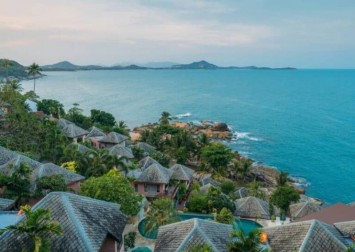 Sources within the hotel sector said they were worried about Thai hotels losing their competitive edge – especially given they were already vulnerable to the pandemic – to foreign firms or investors who would benefit from the government’s revision of property ownership laws.

But Chmiel from Juwai said while prices of property in Thailand were currently falling, this could discourage certain buyers – especially those from China.

“Most Chinese do not want to buy into a market where prices are falling,” he said. “After committing to new homes at pre-pandemic prices, some Chinese buyers were very disappointed to see developers later sell units in the same project for significantly less. That makes them feel like they’ve made a bad investment.”

In Pattaya, according to Chmiel, “foreign buyers own 30 per cent of condos and purchase 32 per cent or nearly one-third of all new condos, [while] Phuket accounts for only about two per cent of Chinese-bought condos in Thailand”.

Sopon of the Agency for Real Estate Affairs said there could be a limited number of condominiums in Thailand where foreigners would be interested in owning more than 49 per cent of the for-sale areas, while pointing out that property transactions from foreign sources only accounted for three to four per cent of total sales in the past year, which meant the land-lease adjustment might not be a boon for real estate.

While the relevant agencies work on the changes in regulations, Piyapat of Thailand Longstay Management said certain groups of foreigners could be given more attention, including “Hongkongers who are looking to migrate abroad and digital-nomad workers who could be served with more than a tourist visa”.

“They might not earn high income or own assets but they also provide a significant economic contribution as they travel, eat, or relax in Thailand,” she said.