Can this 'tiger' change his saffron stripes? 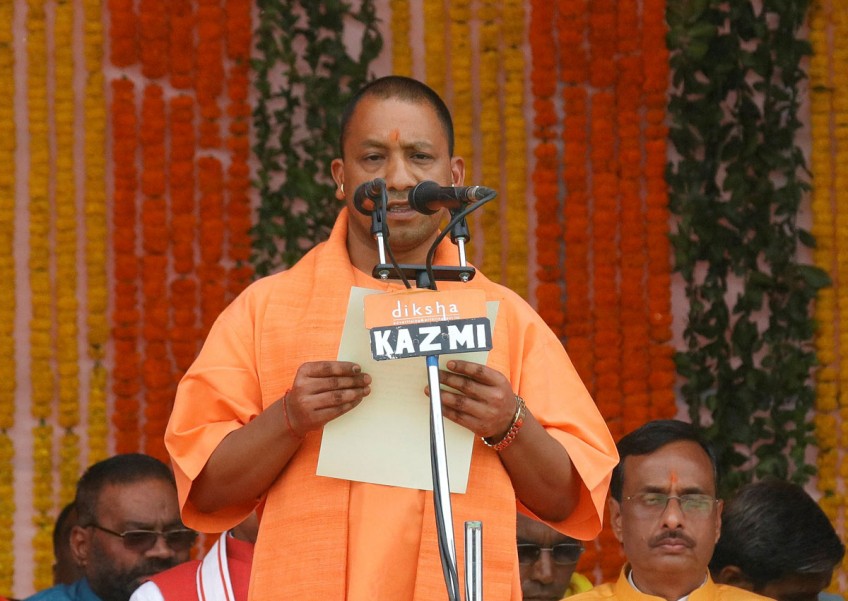 Distrust runs deep among the minorities over Mr Yogi Adityanath, who has promised equal treatment for all communities but is also notorious for his habit of making inflammatory statements, particularly about Muslims.
Reuters

The new man in charge of India's most populous state is a polarising figure notorious for making inflammatory statements against Muslims.

Mr Yogi Adityanath, 44, a saffron-robed priest with a shaved head and earrings, gained national prominence on the back of hardline Hindu nationalism.

He faces several criminal cases, with charges include rioting, endangering the life or personal safety of others, criminal intimidation and even attempted murder.

Picked by the ruling Bharatiya Janata Party (BJP) as the new chief minister of Uttar Pradesh in northern India, the move has raised many eyebrows.

The BJP won Uttar Pradesh, which has the maximum representation in Parliament with 80 MPs, by a landside in recent elections on the back of Prime Minister Narendra Modi's promise to bring development and growth to one of India's least developed states.

Mr Adityanath, who was sworn into office last Sunday, has promised that he will treat all communities equally.

In Parliament last Tuesday, he said: "We will work for development of all sections and castes and create a new structure of progress."

Still, distrust runs deep among the minorities over the man who has a habit of making polarising remarks, particularly about Muslims.

Muslims make up about 20 per cent of Uttar Pradesh's 200 million population.

The new Uttar Pradesh Chief Minister was born Ajay Singh Bisht in Panchur village in Uttarakhand, formerly under Uttar Pradesh, as the second of seven children of a forest department official and a housewife.

At 22, he became a sanyasi or a Hindu ascetic, renouncing materialism and dedicating himself to spiritual pursuits.

He soon found himself swept up in the Hindu nationalist movement to build a temple in place of the Babri Mosque, which was demolished by a Hindu mob in 1992.

He then moved to Gorakhpur in eastern Uttar Pradesh where he became a disciple of the head priest of the Gorakhnath Math hindu temple Mahant Avaidyanath, who later became MP of Gorakhpur.

Mr Adityanath followed in the footsteps of his mentor and was elected to the lower house of parliament for the same constituency in 1998 when he was just 26.

He has since been re-elected four times as MP for Gorakhpur, a feat which observers attributed to his hands-on approach.

Mr Adityanath has a reputation for resolving disputes, however small.

And his supporters are always on call to resolve problems.

Still, the fiery orator has been a divisive figure known for his polarising speeches.

In particular, he has openly advocated violence against Muslims and declared his intention of converting India, a multi-religious country, into a Hindu state.

Mr Adityanath, who has helmed the "Love Jihad" campaign launched by right-wing groups against Hindu women marrying Muslim men, was arrested in 2007 for inciting riots in Gorakhpur.

Yet for the BJP, the politician has remained key to the party's hold over eastern Uttar Pradesh as a result of his popularity in that area and his strength as an orator.

The new Chief Minister has set up "anti-Romeo" squads to protect women on the streets and ordered the closing of illegal slaughterhouses, which Hindus oppose on the suspicion that these are used for the slaughter of cows, which they consider sacred animals.

Many are now watching to see if the controversial politician reaches out to the minority communities.

As a headline for an opinion piece in The Economic Times asked, Yogi Adityanath - Will This Tiger Change Its Saffron Stripes?