Canadian garbage dumped and left to rot in the Philippines

That's the message from activists in the Philippines and Canada as thousands of tonnes of malodorous household waste continue to rot away on Manila and Subic docks.

The pressure mounted this week when an array of Canadian and international environmental groups threw their support behind the EcoWaste Coalition of the Philippines, a local network leading the fight against foreign waste.

The campaign is the latest attempt to break years of deadlock over 77 remaining shipping containers full of reeking garbage that started arriving illicitly from Vancouver, British Columbia in 2013 - and have been decaying in shipyard limbo ever since.

"The dumping of Canadian waste in the Philippines is immoral and illegal," wrote Aileen Lucero, the national coordinator of EcoWaste, in an open letter to Trudeau on January 30.

"The scandal has dragged on for five years without resolution, despite promises from the Canadian government to address the problem, including public statements made by yourself as prime minister," she said.

A separate letter on Monday - also addressed to Trudeau - from groups including Greenpeace and the Canadian Environmental Law Association called on the administration in Ottawa to finally act and help solve a dispute that has soured its relations with Manila for years.

"Prime Minister Trudeau has promised that Canada will act in an environmentally responsible manner and fulfil its obligations under the Basel Convention, which forbids dumping waste overseas," wrote Kathleen Ruff, director of the human rights group RightOnCanada.

"Words are not enough," she said. "Environmentalists in Canada and around the world are calling on PM Trudeau to take action now to end this shameful misconduct."

The dumping scandal began in 2013 when 103 shipping containers filled with an estimated 2,500 tonnes of waste falsely marked as plastics for recycling started arriving from Canada.

The Ontario-based company that shipped the containers from Canada has dismissed any claims of dumping, saying that the cost of shipping the waste to Southeast Asia would be much more than unloading it in Canada. It also pointed out in a report by the National Post that 2,500 tonnes is less than a day's worth of trash from Vancouver.

"I will not tolerate this matter sitting down," Leah Paquiz, a member of the House of Representatives, said at the time. "My motherland is not a garbage bin of Canada."

Other Philippine lawmakers were similarly outraged, a protest was held at the Canadian embassy, and 40,000 people signed an online petition denouncing Canada's actions.

Months later, according to the Rappler news website, the Department of Foreign Affairs asked the Canadian embassy to help repatriate the rubbish. The ambassador at the time said that the Canadian government had no authority bring back the trash, and pleas from Philippine officials soon ceased. 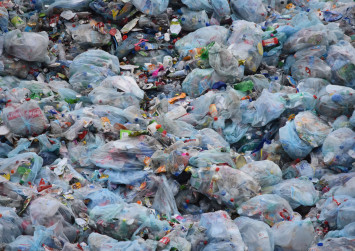 Waste from 26 of the containers was illegally dumped at a landfill in Tarlac province in 2015, according to local news media, but the controversy went nowhere.

In 2017, port authorities said "the stench has become unbearable" and the BOC announced that the decaying waste "could cause health hazards".

Joe DiGangi, a science and technical adviser for the anti-toxic waste network IPEN, described Canada's behaviour as "like putting your garbage in your neighbour's home, then refusing to remove it for five years while making excuses as to why you can't take it back".

"Local customs officials and environmental activists have expressed concern over the unsorted wastes containing toxic chemical additives and metals from the mixed plastics and e-waste. There is also the issue of microbial contamination from decaying soiled diapers and household trash," said DiGangi.

"Workers at the port should not have to be exposed to Canada's biological, chemical and physical hazards from the reeking rubbish."

Since China banned imports of plastic waste in January 2018, countries in Southeast Asia have been swamped with the world's trash. As DiGangi and others pointed out, however, there is a clear precedent on rubbish repatriation from the Philippines.

Last month, South Korea reportedly accepted the return of roughly 1,400 tonnes of waste that had been falsely labelled as plastic synthetic flakes - and promised to bring back approximately 5,100 tonnes of Korean garbage, according to EcoWaste.

It was the third time in the last year, according to Rappler, that mislabelled South Korean trash was returned by the Philippines.

"South Korea described their waste dumping in the Philippines as an international disgrace and began acting on it the same year it was discovered," he said. "In contrast, Canada shamefully left their mess, apparently hoping the issue would be forgotten after five years."

Trudeau was last confronted over the dumping scandal at an ASEAN summit held in Manila in 2017. At the time, he cited "legal barriers and restrictions" that had prevented the return of the festering rubbish.

He conceded that the issue was "long-standing irritant" to Philippine President Rodrigo Duterte, but insisted that the shipment had been a private transaction that was not linked to the Canadian government.

"Those regulations and impediments have now been addressed so it is now theoretically possible to get it back but there are still a number of question: who will pay for it, where the financial responsibility is, where the consequence are," he told a news conference.

The Canadian embassy did not respond to requests for comment on Tuesday. 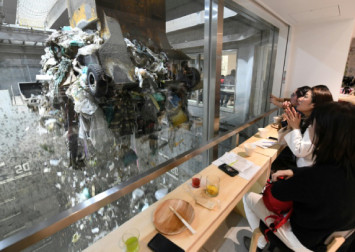 Even if the rubbish on the docks seems to be going nowhere, the much-publicised scandal has brought attention to bigger issues. Lucero, of EcoWaste, said imports of "plastic trash for so-called recycling, has apparently become a legal cover for illegal waste trafficking".

"The Canadian garbage dumping scandal has stirred a broad movement opposed to foreign waste dumping in the Philippines," she said. "It underscores the need for our government and others to ratify the Basel Ban Amendment, which seeks to prevent the transfer of hazardous waste from developed to developing countries for any reason, including recycling and disposal."

The amendment she referred to is a proposal meant to toughen the Basel Convention, a United Nations treaty on hazardous waste from 1992. Only two more countries need to join for the amendment to come into force. Among the 24 countries which have yet to ratify the amendment are Canada, the Philippines and South Korea.