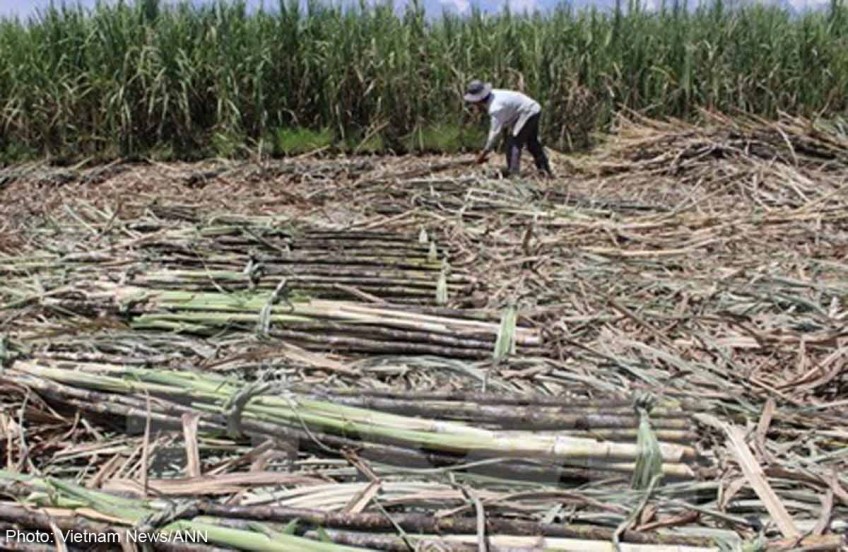 DONG NAI - Water from Dong Nai River has been redirected to the canals in this southern province's Nhon Trach District to access some 1,000ha of matured sugar cane before it rots.

Previously, more than 70,000 tonnes of sugar cane grown by the residents, which was ready for harvest, was found to be undeliverable to the markets due to the extremely low water level of the canals, thus hindering boats from approaching the land and transporting the plants.

The dryness of the channels posed a serious threat to local farmers as boats were the only mode of transport linking the mainland and the sugar cane field surrounded by water.

Local residents grew some 1,500ha of sugar cane across the district, yet only about 500ha, or one-third of the total amount, could be harvested from last month to mid-March.

In an effort to keep the farmers from losing their income, the Nhon Trach People's Committee and the Dong Nai Irrigation Works Operation Co., Ltd. decided to pipe the Dong Nai River's water into the canals.

"The salinity of the Dong Nai River section that runs through the district is currently quite high; therefore, piping the river water into the canal system might affect the salinity of the agricultural land over the upcoming farming seasons," Quyen said.

As a long-term solution, the authorities should start dredging the 33 canals in the area as soon as possible, he added.

A plan to dredge these 33 canals, which total more than 51km in length, was already approved by the provincial Department of Agriculture and Rural Development in 2013, with priority given to eight transportation canals that are mostly used for sugar cane delivery.

The cost of the plan was estimated at VND21 billion (S$1.3 million), yet a shortage in the budget left the plan untouched for years.