Cathay has come under intense pressure from Beijing, after some of its staff supported the protests that have been going on for nearly three months.

Cathay Pacific Airways said on Sunday it was investigating online rumours about an anonymous letter said to be from its employees, reiterating their support for the ongoing anti-government protests in Hong Kong.

"While we cannot confirm the authenticity of this letter, we are taking the matter very seriously and are conducting an internal investigation," the airline said in a statement.

Cathay has come under intense pressure from Beijing, after some of its staff supported the protests that have been going on for nearly three months. Over the past fortnight, the airline sacked two pilots for being involved in the protests, and also two ground staff.

There has also been a major shake-up at the top, with the airline's chief executive officer, Rupert Hogg, and one of his key deputies, Paul Loo Kar-pui, resigning last Friday.

The anonymous letter, claiming to be from Cathay employees, attacked the Hong Kong government for not responding positively to protesters, including the estimated two million people who marched on June 16.

It criticised Beijing for using flight safety as an excuse to enforce political suppression and get employees sacked for supporting the protests, saying this was "white terror" against freedom of speech.

Two Fridays ago, China's civil aviation regulator issued a major safety risk warning to Cathay and demanded that the airline submit the crew lists for all flights going over mainland airspace and said crew members who supported the protests would be barred from flying. 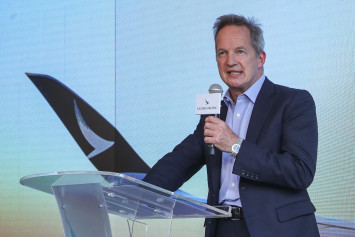 The anonymous letter repeated the protesters' five demands - that the Hong Kong government withdraw the extradition bill which triggered the protests; that it retract the characterisation of the protests as riots; withdraw criminal charges against protesters and release those currently detained; hold a full, independent inquiry into the actions of police; and implement universal suffrage.

On Sunday, Cathay reiterated that it condemned the violence during protests and the ongoing disruption in Hong Kong.

It said it would follow all rules and regulations on civil aviation laid down by Hong Kong, mainland China and other jurisdictions it flew to.

The airline had earlier made clear its full backing for the administration of chief executive Carrie Lam Cheng Yuet-ngor, the government, police and the principle of "one country, two systems".

It has also warned employees that it was taking a zero tolerance approach to any unacceptable behaviour related to the protests. 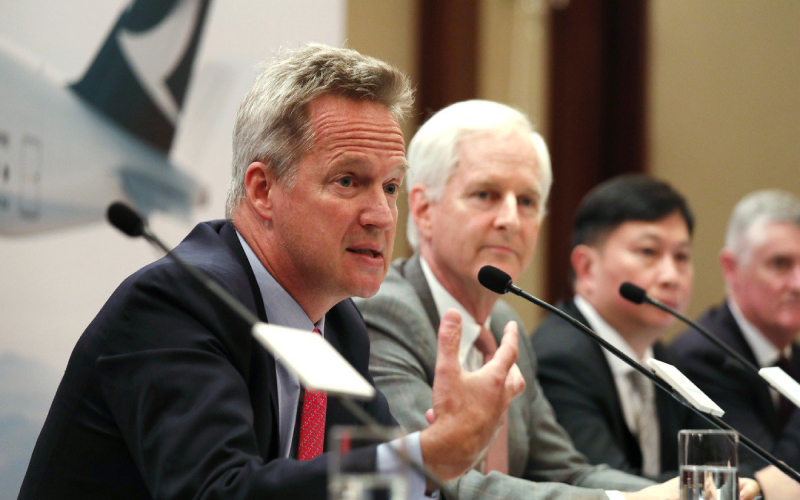 Cathay Pacific CEO Rupert Hogg stepped down on Friday after anger from Beijing over the airline’s handling of support for protests among its staff. PHOTO: South China Morning Post

Meanwhile, the flight attendants unions of Cathay Pacific and Cathay Dragon have urged their members to back the company and refrain from making political statements, given the heightened scrutiny of the airline.

"Be extra cautious [about] actions and words made outside working hours [that] may cause significant effect on every one of us now," the unions said in a joint statement.

Expressing sadness over the departure of Hogg and Loo, who were both well liked, the unions asked members to try and put the past behind them.

"We shall all work together to overcome any weakness, any despair and fear," the unions said.