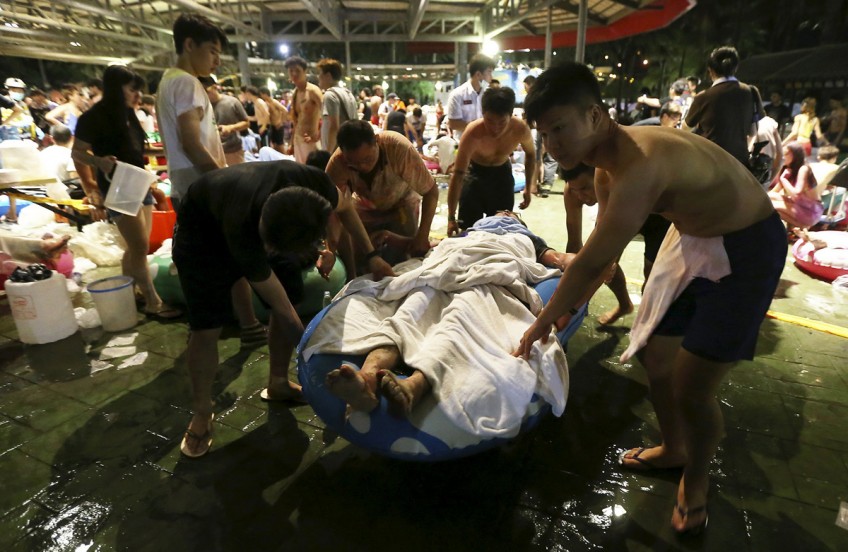 Families dismayed by the results can apply to appeal the criminal charges within seven days, Huang stated, and promised assistance from the New Taipei City Government.

Many families affected by the explosion expressed disbelief and rage over the prosecutors' decision.

A family member of an explosion victim, Chang Chi-ing, expressed her frustration by gathering other disappointed family members together to hold a press conference to express their rejection of the prosecutors' charges.

"There is no way the Formosa water park cannot be responsible."

According to Chen Hsi-chu, spokesman of the Shilin District Prosecutors Office, the explosions were caused by the BEAM 200 computer lights, located on the right side of the stage.

The dust ignites at 369 degrees Celsius, Chen pointed out. The temperature from the lighting equipment just prior to the explosions was 1,250 degrees Celsius.

A part-time worker in charge of spraying purple dust from the stage had tripped and fallen. The machine continued to spray dust, which eventually was sucked into the lighting equipment's cooling fans, thus causing the dust to ignite, Chen stated. Flames were blown out of the fans, and ignited the 10-centimeter-high dust piled in the event area.

[[nid:205909]]
SUBSCRIBE TO OUR NEWSLETTER
Your daily good stuff - AsiaOne stories delivered straight to your inbox