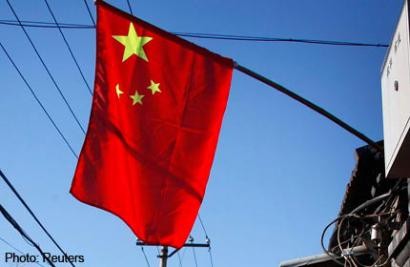 China will raise the ceiling of cumulative investment in the domestic securities market for a single qualified foreign institutional investor, an official of the country's foreign exchange regulator said on Thursday.

"I expect that we'll see an increase in the existing US$1 billion (S$1.37 billion) ceiling for a single QFII in a day or two. We are also thinking about how to make it more convenient for capital to flow into and out of China," Guo said.

The SAFE loosened its control on the QFII quota in December 2012, saying that sovereign wealth funds, central banks and monetary authorities could exceed the US$1 billion quota limit.

Central bank Governor Zhou Xiaochuan said at the China Development Forum on Sunday that the country will make great efforts to achieve the yuan's capital account convertibility this year.

Zhou said China will launch more reform policies and pilot programs, making it more convenient for domestic investors to purchase securities and other financial products overseas, and increase the flexibility for foreign investors to invest in China's financial markets.

Policymakers will promote further opening of the capital markets. On the one hand, domestic investors will find it more convenient to invest in overseas capital market. On the other hand, bond issuers will have more freedom to choose where to issue bonds and in which currency, he said.

China will also have a new round of revision for its regulations on the foreign exchange system to meet the demands for achieving capital account convertibility and the full convertibility of the renminbi.

Currently, around 85 per cent of the 40 subcategories under the capital account have become partially or fully convertible, according to the SAFE.

During the past five years, the foreign exchange regulator reduced its intervention in transactions by cutting the administrative approval items from more than 50 to 17.

"Whether China will experience capital inflows or outflows after it achieves full convertibility of the capital account will depend mainly on the international and domestic macroeconomic situations. We are moving forward more and more steadily on the way to promote economic reforms and restructuring. We believe most international and domestic investors will have a cool-headed and objective judgment on the directions of capital flow," he said.

Although the country experienced net capital outflows in cross-border receipts and payments from August to December last year, the situation reversed in the first two months of 2015 with a net capital inflow of US$55.1 billion, up 38 per cent year-on-year.

Foreign exchange deposits by corporates and individuals increased $63.9 billion in January and February although China had a US$25.4 billion deficit in foreign exchange settlement and sales. It shows that corporate and individuals are holding more US dollars, rather than indicating that China is suffering capital outflows, Wang said.