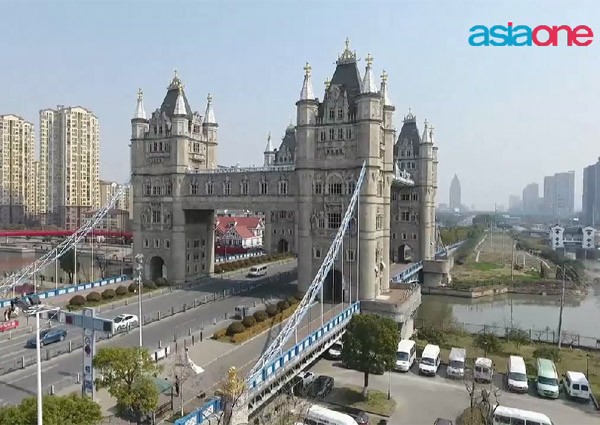 Visitors to the Chinese city of Suzhou may believe that they have ended up 9,000 km away by mistake after seeing the building of a 'Tower Bridge' resembling London's iconic attraction.

The Suzhou Tower Bridge, however, has four towers instead of London's two, and is equipped with elevators and coffee shops.

The bridge has become a popular tourist attraction, particularly to those seeking a European-looking backdrop for their wedding photos.

On the release of its pictures earlier this week, the Internet's reaction was mostly mockery.

Suzhou's history goes back to over 1000 years with a heritage of Chinese-style architecture.

But it is now diminishing in favour of replicas of Western landmarks.

Replicas of the Eiffel Tower, the White House, and the Sydney Opera House have all been erected in Chinese cities over the past several years.