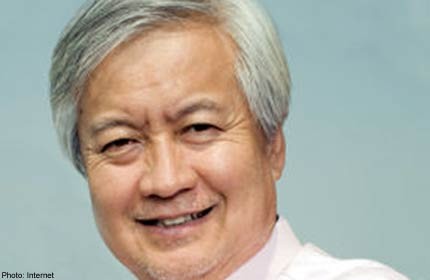 Venture capitalist Xue, one of the country's most popular bloggers, was detained by Beijing police Friday evening.

His arrest comes as authorities have been stepping up controls on the country's freewheeling web users in recent weeks.

Billionaire Xue is an avid blogger who posted his last message on China's hugely popular Twitter-like Sina Weibo microblog site at 5:41pm (0941 GMT) Friday, hours before he was detained.

He has previously backed a campaign to release transparent details on pollution in China, and also highlighted the problem of child trafficking.

His detention dominated weibo discussion, with his Chinese name Xue Manzi the most searched phrase on Sunday.

Beijing police said on their verified weibo account they had arrested a 60-year-old man surnamed Xue and a 22-year-old female.

"The two of them candidly confessed about the fact of the prostitution. They are currently under administrative detention," the statement said, adding that the arrest followed a tip-off from local residents.

It also emerged Sunday that a journalist had been detained for "fabricating rumours" after he made online accusations of wrongdoing against a former senior official in Chongqing, the megacity once headed by fallen politician Bo Xilai.

Police in Beijing said the journalist with the News Express tabloid, whom they identified only by his surname Liu, "has been put under criminal detention according to the law for fabricating and spreading rumours".

New Express journalist Liu Hu was handcuffed and taken away by police on Friday from his home in Chongqing, earlier Chinese media reports cited his wife as saying.

On his own weibo account, Liu last month accused Ma Zhengqi, a former Chongqing vice mayor, of dereliction of duty in the restructuring of a state-owned company in the city, leading to losses of dozens of millions of yuan (millions of dollars), the reports said.

"I call on the Central Commission for Discipline Inspection and other authorities to immediately suspend Ma Qizheng's public office and start an investigation," he said, referring to the Communist Party's anti-corruption department.

Ma is now a deputy director of the State Administration for Industry and Commerce.

His action followed corruption allegations posted online by Wang Wenzhi, a journalist with the official Xinhua news agency, against the head of state-owned conglomerate China Resources.

Separately, the former deputy director of China's top economic planning agency Liu Tienan has been put under criminal investigation after a journalist at an influential business magazine accused him of improper business dealings late last year.

The arrests come after authorities told Internet celebrities with millions of online followers to "promote virtues" and "uphold law" online.