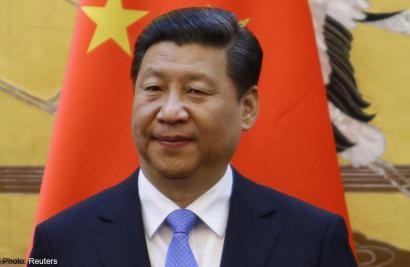 BEIJING- A former senior executive at a Chinese state-owned military giant has been expelled from the ruling Communist Party for taking bribes and other "massive"corruption, the top anti-corruption watchdog said on Tuesday.

The move is the latest in a series of expulsions and detentions, underscoring a crackdown by China's leadership on corruption, especially in the military and state-owned enterprise sectors.

An investigation found Zhang Youren, a former chairman of Anhui Military Industry Group, used his position to obtain favours for others and took bribes, the Central Commission for Discipline Inspection said in a statement.

He also engaged in corruption with public goods "on a massive scale", it added.

Zhang's pension had also been revoked, the notice added, and his case had been sent to judicial authorities for prosecution.

Huang Xiaohu, the former party secretary and chairman of the company, was expelled from the party in April, also on graft charges.

Xu Caihou, the retired vice chairman of the powerful Central Military Commission, was expelled from the party last month and will be court-martialled on corruption charges.

In a separate statement, China banned teachers from receiving gifts from students and their parents to curb the buying of favours, often in exchange for giving students special treatment, state media reported.

Teaching staff were prohibited from asking for or receiving presents, money and other valuables such as securities and vouchers from students and parents, the official Xinhua news agency said late on Monday, citing the Education Ministry.

The rules also forbid teachers from attending banquets arranged by parents that may cloud their judgement in exams and evaluations of students.