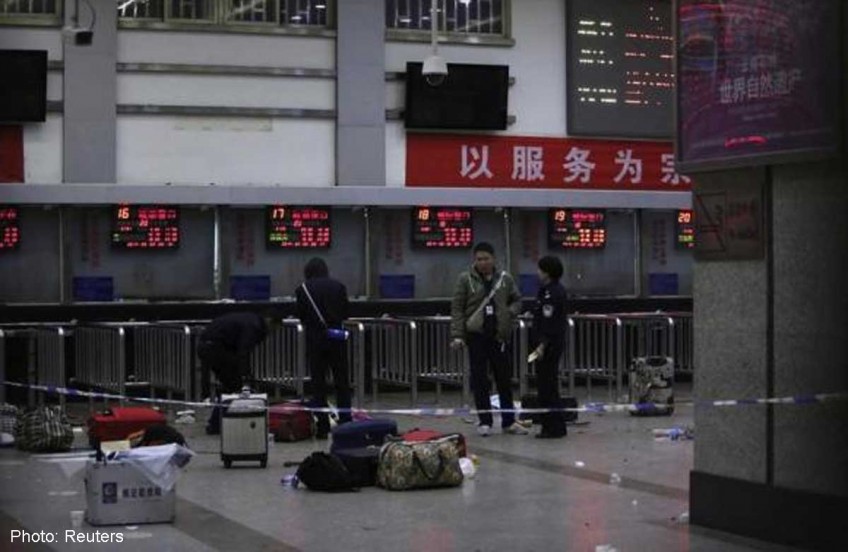 BEIJING - China executed three accused separatists on Tuesday for their role in an attack that killed 31 people at a train station in the southwest last year, a court said.

The government has said the attack, in the southwestern city of Kunming, was carried out by knife-wielding separatists from the far western region of Xinjiang, which is strategically located on the borders of Central Asia.

The three men who were executed, Iskandar Ehet, Turgun Tohtunyaz and Hasayn Muhammad, were sentenced to death in September after being convicted of homicide and leading a terrorist organisation, the Kunming Intermediate People's Court said. A higher court later upheld the sentence, the official Xinhua news agency reported.

Police shot four other assailants dead during the knife attack, which injured 141 people on March 1, 2014.

Xinjiang, home to the Muslim Uighur minority group, has been plagued by unrest in recent years. Some Uighurs have chafed under Chinese restrictions on their culture and religion.

Rights groups have expressed concern about executions and mass-sentencings carried out regularly since an upswing in violence blamed on Xinjiang militants took place last year.

Another female attacker, Patigul Tohti, who was pregnant when she was arrested, received a life sentence, Xinhua said.