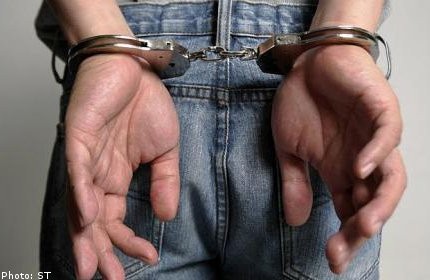 BEIJING - China has detained a journalist for "fabricating rumours", police said Sunday after he made online accusations of wrongdoing against a former senior official in Chongqing, the megacity once headed by Bo Xilai.

Beijing has been stepping up controls on the country's freewheeling web users in recent weeks.

Police in the capital said the journalist with the News Express tabloid, whom they identified only by his surname Liu, "has been put under criminal detention according to the law for fabricating and spreading rumours".

"The case is under further investigation," they added on their verified account on China's Twitter-like weibo.

New Express journalist Liu Hu was handcuffed and taken away by police on Friday from his home in Chongqing, previous Chinese media reports cited his wife as saying.

On his own weibo account, Liu last month accused Ma Zhengqi, a former Chongqing vice mayor, of dereliction of duty in the restructuring of a state-owned company in the city, leading to losses of dozens of millions of yuan (millions of dollars), the reports said.

"I call on the Central Commission for Discipline Inspection and other authorities to immediately suspend Ma Qizheng's public office and start an investigation," he said, referring to the Communist Party's anti-corruption department.

Ma is now a deputy director of the State Administration for Industry and Commerce.

Liu soon deleted the weibo posting but insisted that what he said was true, according to previous reports.

His action followed corruption allegations posted online by Wang Wenzhi, a journalist with the official Xinhua news agency, against the head of state-owned conglomerate China Resources.

In another instance of online revelations, the former deputy director of China's top economic planning agency Liu Tienan has been put under criminal investigation after a journalist at an influential business magazine accused him of improper business dealings late last year.