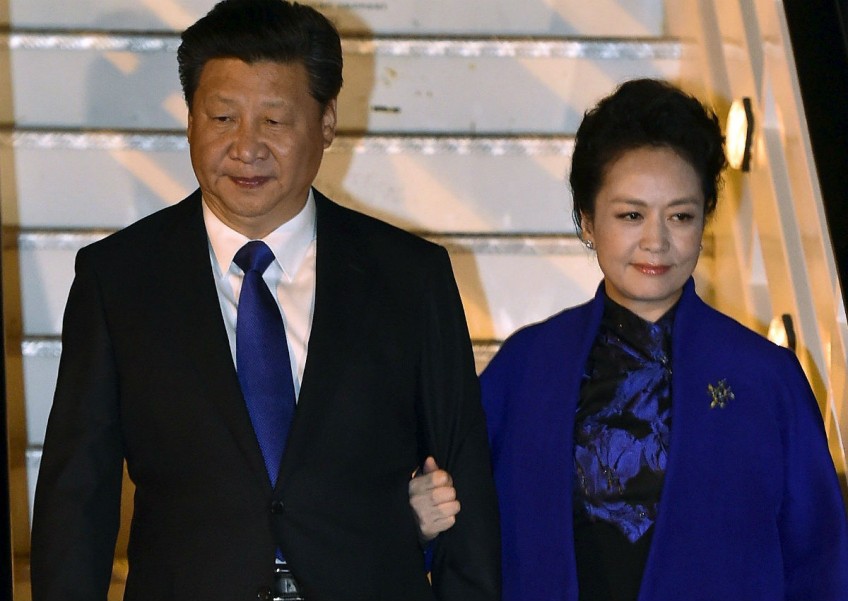 President Xi Jinping and first lady Peng Liyuan will meet three generations of the British royal family during Xi's state visit next week, the Chinese ambassador to the United Kingdom said in London on Thursday.

Queen Elizabeth, the Duke of Edinburgh, the Prince of Wales, the Duke of Cambridge and other royal family members will meet Xi during his visit from Oct 19 to 23, Liu Xiaoming told a news conference.

The ambassador said that a state visit is accorded the highest-level reception in the UK.

He said said a welcoming ceremony, a state banquet hosted by the queen, a banquet in the City of London and a 103-gun royal salute will be staged for the president. The salute will be performed by 41 guns in Green Park and 62 guns at the Tower of London.

Laura King, senior communications officer at Buckingham Palace, told China Daily, "The royal kitchen may showcase native products on the (state banquet) menu, with many fresh ingredients being sourced from the queen's estates."

"The royal chef is responsible for managing a team of more than 20 chefs who will cater for the banquet," King added.

Liu said Xi will deliver a speech to the British Parliament. In addition to official talks with Prime Minister David Cameron, the president will be joined by Cameron at several events in London and during his visit to the northern city of Manchester.

Xi and Peng will also visit Cameron and his wife Samantha at Chequers, the prime minister's country residence in Buckinghamshire that has hosted foreign dignitaries since becoming an official retreat for prime ministers in 1921.

"During previous overseas visits, the president usually toured a number of countries on one trip. But this time ... President Xi's state visit will take him to only one country - the UK.

"All these factors are pointing to a super state visit."

He will be received by the queen at an official ceremony at the Royal Pavilion on Horse Guards Parade on the first day of the visit, before traveling to Buckingham Palace in a state carriage procession along The Mall.

The queen will host a private lunch for the president in the Blue Drawing Room at the palace, where they will be joined by other members of the royal family and the British and Chinese delegations, the palace said in a news release.

After the lunch, the queen and the president will exchange gifts privately in the White Drawing Room.

During a state visit it is customary for gifts to be exchanged on the first day as a symbol of goodwill between the two countries.

Afterward, the queen will invite Xi to view a special exhibition in the Picture Gallery of China-related items from the Royal Collection. On the first evening, she will also host the state banquet.

At the start of the banquet, the queen and the president will proceed to the palace ballroom along the East Gallery with other senior guests.

The queen and Xi will sit at the top of the horseshoe-shaped table.

More than 100 candles in silver-gilt candelabra will adorn the table, along with displays of seasonal fruit and floral arrangements in silver-gilt centerpieces, many from the reign of King George IV in the 19th century.

Two displays of ornamental precious silver, silver-gilt and gold vessels will also be on show in the ballroom - a tradition dating from many centuries and a sign of respect for the rank of the guest of honour.

The queen takes a great personal interest in preparations for a state banquet and the table setting. She will approve the menu beforehand and will preview the table and inspect the flowers on the night of the banquet.