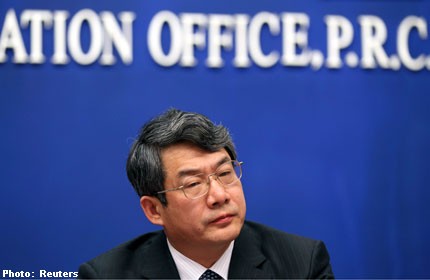 "The Supreme People's Procuratorate has decided to open an investigation into the case of Mr Liu," Xinhua news agency said.

The announcement came after China's ruling Communist Party earlier this month expelled Mr Liu, once the deputy director of the influential National Development and Reform Commission, as leaders wage a high-profile campaign against corruption.

On Aug 8, Xinhua, citing the party's anti-corruption watchdog, said Mr Liu "took advantage of his position to seek profits for others" and was "morally degenerate".

"Both Mr Liu and his family accepted huge amounts of bribes," it added.

Mr Liu lost both his party and government posts.

Expulsion from the party is normally a precursor to criminal prosecution for Chinese officials.

Yesterday, the official news agency said an investigation into Mr Liu was "under way".

President Xi Jinping took office in March, vowing to root out corrupt officials - ranging from high-ranking "tigers" to low-level "flies" - and warning that the problem could destroy the party.

Also last month, Bo Xilai - one of China's 25 most powerful politicians until last year - was indicted for bribery, embezzlement and abuse of power.

Xinhua reported yesterday that Bo would go on trial on Thursday.

The trial of the 64-year-old "princeling" son of a late vice-premier, who is still popular with conservatives and the disaffected, is the country's most divisive since the 1976 downfall of Mao Zedong's widow, Jiang Qing, and her Gang of Four at the end of the Cultural Revolution.

Bo's trial will open at the Intermediate People's Court in Jinan, capital of the coastal province of Shandong, at 8.30am on Thursday, Xinhua said in a report yesterday.

How Bo and liu's cases are handled will be a test of the effectiveness of Mr Xi's battle against corruption and also show how he has been able to stamp his authority on the party, which he leads.

Mr Xi has vowed to fight both "tigers" and "flies" - in other words people at every level of the party. However, his campaign has so far netted precious few "tigers".