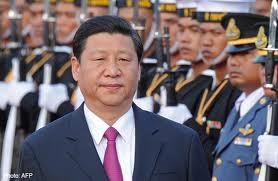 Guosen was not immediately available for comment. China's regulators have investigated a string of Chinese and foreign executives for corruption this year, among them the former chairman of energy giant China National Petroleum Company, in what appears to be a growing crackdown on graft.

The probes come after President Xi Jinping promised to battle pervasive corruption as a priority of his new administration, by going after "tigers", or senior officials, as well as low-ranking "flies".