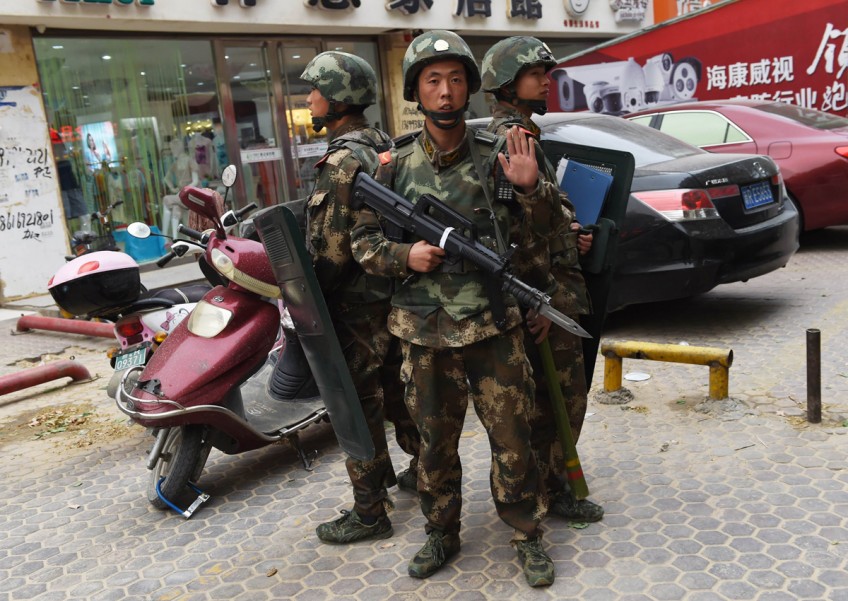 The Chinese government says it is facing a threat from Islamist militants and separatists in the far western region of Xinjiang, home to the Muslim Uighur people and where hundreds have died in unrest in the past three years or so.

China's foreign minister has already called for greater international co-operation in its fight against Xinjiang radicals in the wake of the Paris attacks at the weekend.

Writing in the ruling Communist Party's official People's Daily, Meng Jianzhu made no direct mention of Paris, but said a country's "rise and fall" would depend on how it secured itself. "We must ensure that political security is put in first place, tightly prevent and strike hard against the infiltrating, subversive activities of enemy forces in accordance with the law," Meng wrote.

"We must deepen the anti-seperatist struggle and resolutely maintain ethnic and national unity," he added.

Rights groups and exiles say Xinjiang's violence stems more from widespread resentment at Chinese controls on religion and culture rather than being committed by a well-organised militant group. China strongly denies abusing human rights in Xinjiang.

Uighurs have traditionally followed a moderate form of Islam but many have begun adopting practices more common in Saudi Arabia or Pakistan, such as full-face veils for women, as China has stepped up security in recent years.

The government has responded by cracking down on what it sees as overt signs of religiosity, like veils or beards.

Meng said that China needs to build on the legal basis of its sweeping new national security law, passed earlier this year to widespread criticism from rights groups.

China should push forward with three other laws, on anti-terror, the management of foreign non-governmental organisations and cybersecurity, Meng added, without giving details.

Foreign firms fear those measures could could require them t make products in China or release information to inspectors that could compromise control of intellectual property.