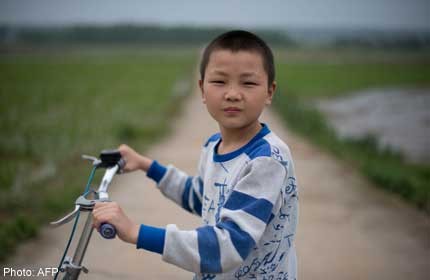 CHINA - Most children would look forward to the summer vacation.

But, for one group of children in rural China, the two-month break is anything but a time of carefree joy.

They are the nearly 60 million "left behind" children whose parents have migrated to the cities in search of work.

The children are usually left in the care of their grandparents, who are elderly and often unable to provide effective supervision.

The lack of parental protection can leave children vulnerable to all sorts of danger, especially sexual abuse. A number of recent cases have appalled the nation and led to calls for tougher action against offenders.

Many of the attacks occur at schools. Earlier this month, a 62-year-old teacher was detained in Jiangxi province after being accused of abusing seven pupils, all under the age of nine.

Just a few days before that incident, a primary-school teacher in Shanxi province was arrested on suspicion of molesting a number of pupils.

Earlier this year, a primary- school principal and a government worker were detained after police claimed they had taken six girls to hotels in Hainan province and raped them. The principal was later jailed.

In May, more than 20 cases of sexual abuse of children came to light nationwide. Many of the victims were rural left-behind children.

Of the approximately 2,600 cases involving children in Guangdong province between 2008 and June 2011, more than 75 per cent concerned sexual abuse, according to a survey jointly conducted by the All-China Women's Federation and the People's Procuratorate of Guangdong province.

Some observers believe that these cases, although high profile, may not reflect the true scale of the problem.

Some cases never come to light because the families fear the public humiliation that can accompany revelations.

Children left in their home villages or towns are not the only victims. Those who accompany their parents to live in the cities also suffer problems caused by a lack of proper guardianship.

"All these children living on the margins of society will become the next big cause for concern," said Ms Shen Liping, director of the children's department at the All-China Women's Federation in Shanxi.