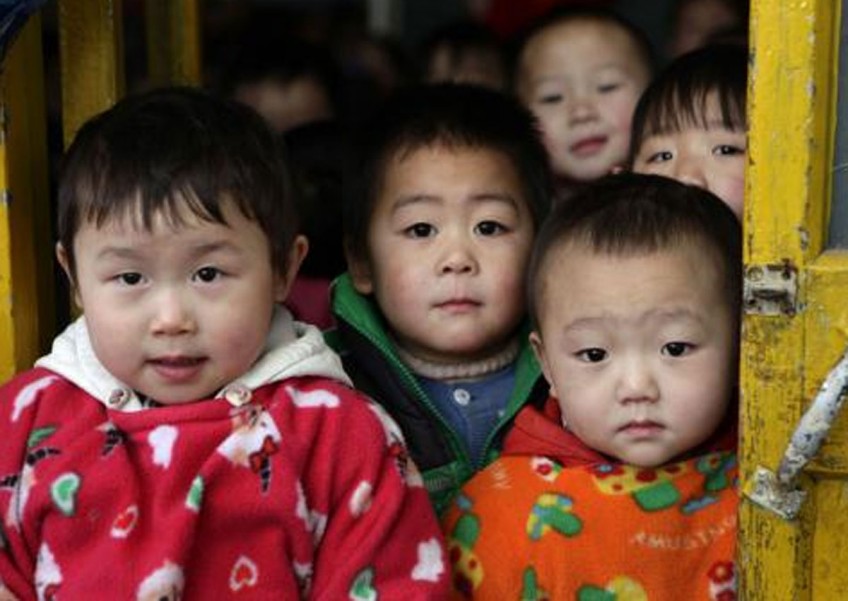 Wang Yuan, a teacher in a township kindergarten in Xuzhou, Jiangsu province, is ideally placed to witness the fall in China's birth-rate.

This sort of anecdotal evidence is being backed up by hard statistics. By the end of last year, there were 225 million Chinese who were 14 years old or younger, which was 16.5 per cent of the total population.

That was slightly down from 2011 when the country's sixth national census found the ratio was 16.6 per cent. But that number was considerable less than the 22.89 per cent in 2000 when the fifth census was released.

According to the global consensus, a country with 15 to 18 per cent of its population at 14 years old or younger is considered a "severe low-birth rate society".

Naturally, the figures have triggered a debate in China. Academics, including Mu Guangzong and Liang Jianzhang of Peking University, and Yi Fuxian of Wisconsin University, have argued that the family planning policy must be stopped immediately.

In fact, they say, the government should roll out a "population revival" scheme to avoid China falling into a low birth-rate trap.

"Nursing subsidies should be handed out to couples having more than one child," Mu said. "Other benefits should include longer maternity leave for parents, and easier access to education and health services. Having two children would be good, but three would be even better."

Already the country's aging population is having a huge impact on industry.

Last year, the labour force continued to contract with the working population of 15 to 59-year-olds down 0.6 per cent, according to National Bureau of Statistics.

Shortages in the work force have already been felt in key industrial cities on the Chinese coast. In the eastern city of Zhangjiagang, home to China's largest privately owned steel mills in Jiangsu province, migrant workers and their families make up more than 40 per cent of the population, according to Yao Linrong, a leading city official.

When asked what was Zhangjiagang's greatest challenge in the next five years, Yao replied: "It has to be population. We need a stable population to keep the economy growing."

At the Yonggang Group, the second largest privately owned steel maker in the country, only a few of its workers are "local" even though the company generated 35 billion yuan (S$7.6 billion) in revenue last year.

Nationally, the picture is just as grim. China's total fertility rate has fallen to 1.4, well below 2.1 minimum required to replace an aging population. If that trend continues, the population will shrink by 36 per cent in a generation, experts said.

Many regions face even lower birth rates. Shanghai, for example, has the lowest TFR of 0.86 for the last-decade, while the sixth census found that the northeastern region had a rate barely above 1.