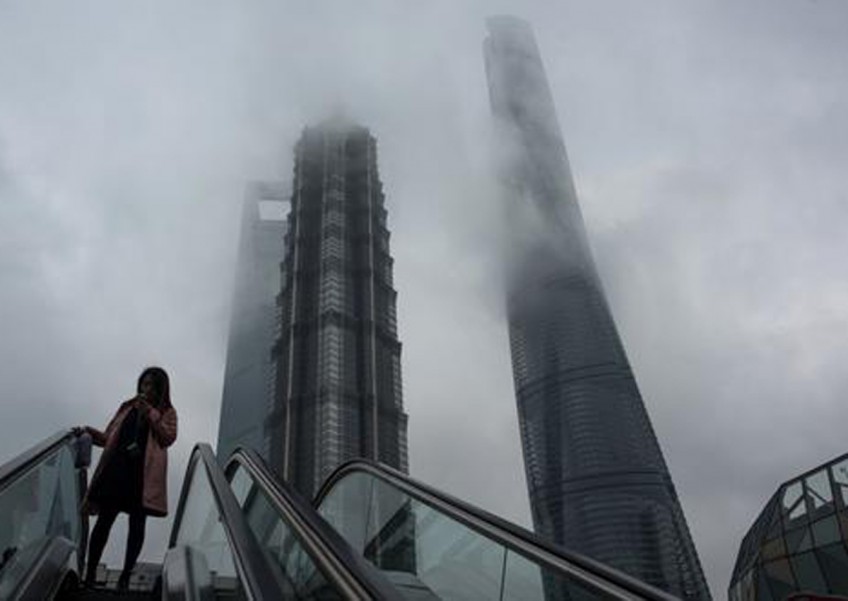 A woman rides an escalator in front of the Shanghai World Financial Center, the Jinmao Tower (L) and the Shanghai Tower (R) in Shanghai.
AFP

Ge and his team of more than 1,000 staff members are hoping the 632-meter structure, which officially opened in April, will improve the way people live and work in megacities such as Shanghai, whose population exceeds 24 million.

"There's no point in building a skyscraper just for height's sake, or for the crown of being the country's, continent's or world's highest," he said. "That can be easily overtaken."

In fact, it may have already been overtaken. In Shenzhen, a 739-meter tower proposed by real estate developer Kingkey Group is awaiting final approval. If built, it will be the world's second-tallest after the 828-meter Burj Khalifa in Dubai.

Ge has his own motives. "What we want to achieve and, ideally, demonstrate to developers and designers of skyscrapers around the world is how to make living and working in highly populated cities more efficient, energy-saving and fun by setting up skyscrapers," Ge said. "That's the significance of investing so much in having a skyscraper."

Standing in the heart of Lujiazui, Shanghai's financial hub, the Shanghai Tower was built at a cost of 14.8 billion yuan ($2.2 billion). It has 132 floors with a total floor space of 575,000 square meters and can accommodate up to 40,000 people.

It is the first time a skyscraper in China has exceeded 600 meters in height. It runs the world's fastest elevator, at 18 meters per second and has a LEED Platinum certification, the world's most widely applied green building rating.

"Shanghai Tower shows China's responsibility and commitment to the world to improve the environment and boost the health of its people," said Mahesh Ramanujam, chief operating officer of the US Green Building Council, which issues the LEED ratings.

Ge spoke of the innovation behind the building: "What we are doing actually defies people's notions about the high cost of building and running a skyscraper."

By separating the 132 floors into nine sections and equipping each with at least one "floating lobby" and a light-filled garden atrium, the building allows its users to have meals, shop and meet people without going all the way to the ground, where shops and restaurants are usually located in a tall building.

The 114 elevators running inside the building have been arranged like metro lines heading to different floors and at different speeds. Six so-called transition floors for elevators have been set aside.

About 60 per cent of the space inside the building is designated for offices and meeting rooms. The other 40 per cent is for restaurants, shops, a museum and a luxury hotel, which is yet to open. Atop the building is an observation deck for sightseers to get a bird's-eye view of the city.

"It's also more efficient and environmentally friendly because during nonwork hours the office areas switch into a low-energy mode," Ge said.

It is estimated that of all its intelligent building control systems, the lighting system alone will save more than $556,000 a year in energy costs over older buildings with similar floor space.

Its glass curtain－all 14,000 square meters－manages not only to help the building withstand strong winds (like "dressing the building in a skirt and allowing it to swing slightly") but also achieves 24 per cent savings in structural wind loading, compared with a rectangular building of the same height.

Part of a plan to turn Lu-jiazui into a world-class financial centre for top companies and corporate headquarters, Shanghai Tower was first brought to the table in 1993, after the municipal government had decided to develop Pudong New Area. The building was approved for planning in 2006.

Together with two neighbouring towers－Jinmao and Shanghai World Financial Center－it completes a trio of signature skyscrapers that have redefined the landscape of east Shanghai.

Since its official opening, the tower has received 11,000 visitors a day on average.